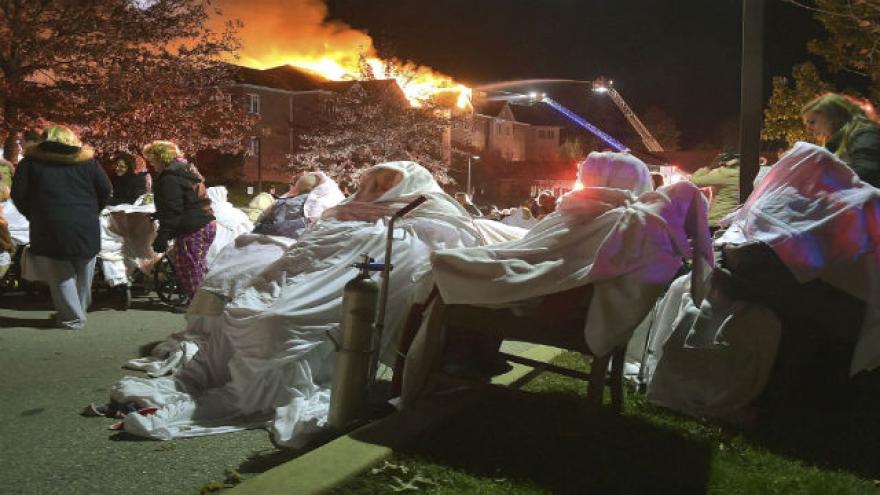 A fire ripped through a multistory nursing home in southeastern Pennsylvania late Thursday. Residents of the facility wait to be taken from the scene Thursday night. Photo courtesy Pete Bannan/AP 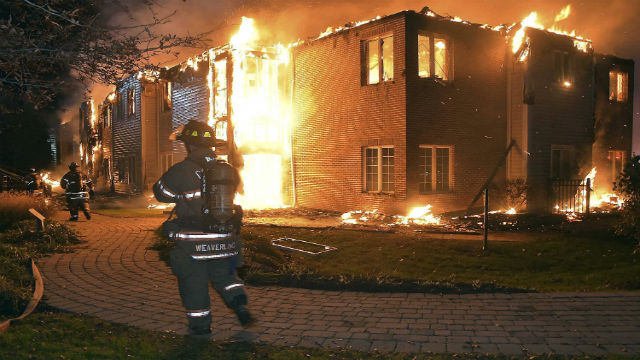 The residents are a 92-year-old man and his 89-year-old wife, an 85-year-old woman and a 93-year-old woman, West Chester District Attorney Thomas Hogan said at a news conference Monday.

Hogan said "we have four people unaccounted for and we're not expecting good news."

Thursday night's fire tore through the Barclay Friends assisted living facility, a multistory nursing home in southeastern Pennsylvania. At least 20 people were injured and more than 140 people had to evacuate into the cold night, officials said.

Hogan said most of the residents were in bed when the fire started. It quickly became a raging inferno. Firefighters had only minutes to help get residents -- some of them in wheelchairs or with walkers -- out of the building.

Some residents were bedridden and had to be carried to safety, officials said.

"Based on the speed of this fire and condition of residents, we would have expected to lose 40 or 50 people in a fire like this," Hogan said.

The cause is under investigation, he said.

Outside the home, first responders and neighbors tended to evacuees who were wrapped in blankets, sitting on plastic chairs and wheelchairs in the cold, with temperatures in the mid- to low-40s.