5 arrested in California shooting at a Halloween party 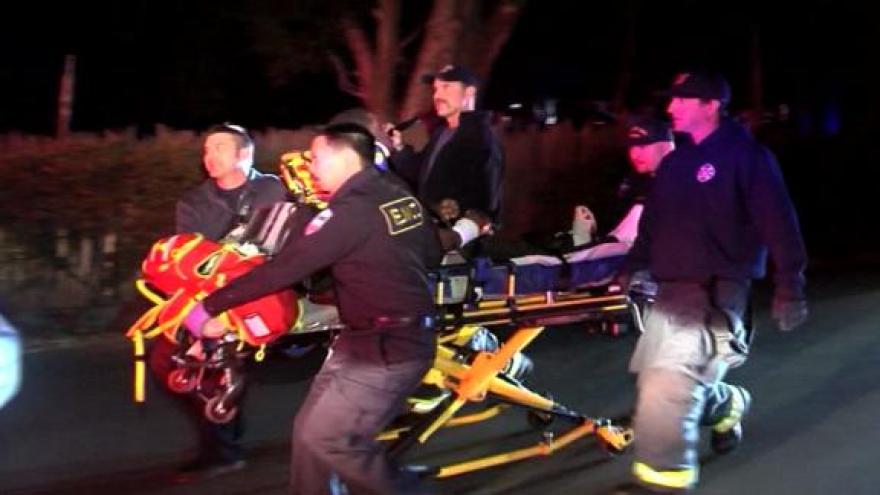 (CNN) -- Some of the suspects and victims in a deadly shooting at a Halloween party in Northern California have convictions and gang affiliations, authorities say.

Five people were arrested Thursday in connection with the shooting at an Airbnb rental in Orinda that killed five people and injured more.

"In my 32 years of law enforcement, I have never seen a homicide scene like this ever," Livingston said. "It was a bloodbath inside the home."

Rival gang members got into a fight inside the home, Livingston said, and someone tried to steal something from a person, which might have led to the first shootings.

He said some people "went to the party with the intention of causing harm and conflict."

Videos from social media and neighborhood cameras show "many, many people" entering the party with guns in their waistbands, and someone supposedly working as security is seen drinking Hennessy.

Criminal records among the suspects

Livingston said four people have been charged with murder and conspiracy:

All are being held without bail.

Devin Isiah Williamson, 21, of Vallejo, was charged with being an accessory. He is being held in lieu of $500,000 bail.

Javin County's record includes convictions for grand theft, robbery, and assault with a deadly weapon, according to Livingston, adding both were associated with gangs.

Others were injured as they fled the party, including someone who jumped 30 feet from a balcony.

Livingston also said there was a disturbance during Friday's funeral for victim, Oshiana Tompkins, which required a police presence. He did not have further details.