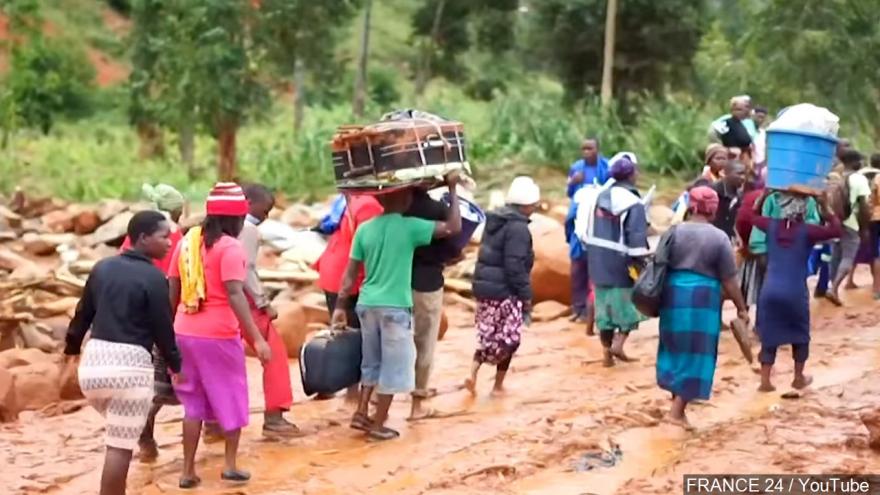 BEIRA, Mozambique (AP) — Authorities in Mozambique say five cases of cholera have been confirmed in the cyclone-hit city of Beira. They are the first confirmed cholera cases announced there since the storm hit on March 14.

The national director of medical assistance, Ussene Isse, says the five cases were confirmed in the poor Munhava neighborhood of Beira, a city of some 500,000 people.

Cholera is a major concern for the hundreds of thousands of cyclone survivors now living without clean water and sanitation. The disease is spread by contaminated food and water and can kill within hours.

The World Health Organization has warned of a "second disaster" if diseases like cholera spread in the devastated region.

Cyclone Idai has killed more than 460 people in his country and made 1.8 million people in need of urgent help.

Mozambican President Filipe Nyusi last week estimated that 1,000 people had been killed by the cyclone, after he flew over the vast expanses of the flooded plains of central Mozambique. The death toll could be higher than 1,000 said emergency workers, who add that the actual figure may never be known.

Health workers are opening clinics across the hard-hit city of Beira to try to reduce the threat of cholera and other waterborne diseases.