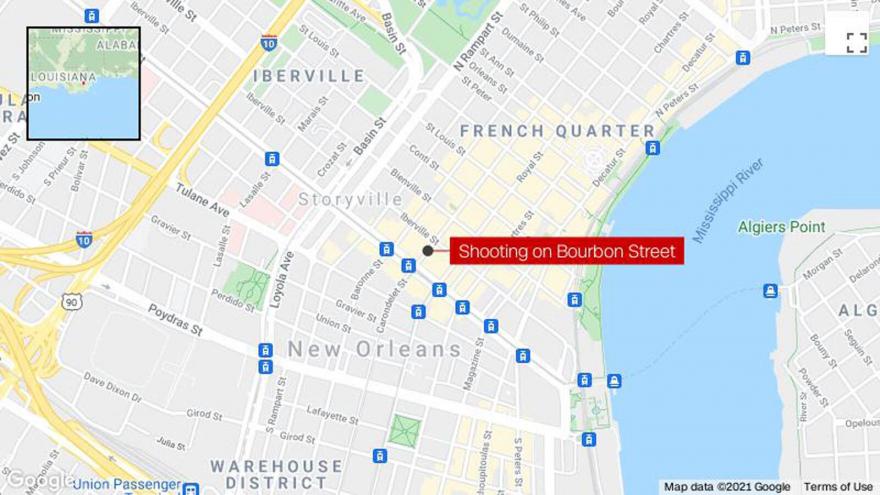 (CNN) -- Five people were injured early Saturday in a shooting on New Orleans' famous Bourbon Street, and no arrests had been made as of a few hours after the incident, police said.

The shooting was reported to police at 1:16 a.m. CT on the street popular with tourists near an address on the edge of the French Quarter, not far from Canal Street, authorities said.

All five injured people are believed to have been shot, and the injuries aren't believed to be life-threatening, police spokesman Aaron Looney said.

Details about what led to the shooting, or whether police had leads about who fired the shots, weren't immediately available. Detectives are investigating, Looney said.

Four of the injured people were taken to hospitals, and one was treated at the scene, Looney said.