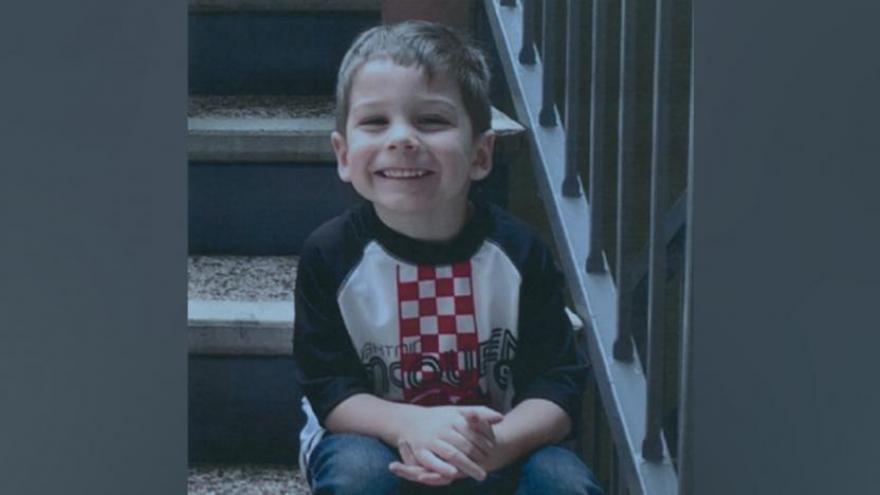 Elijah Lewis, a 5-year-old boy who was reported missing in New Hampshire on October 14, died by homicide.

(CNN) -- Elijah Lewis, a 5-year-old found dead in a Massachusetts state park after being missing for more than a month, died by homicide, officials said Monday.

An autopsy found the boy's cause of death "was determined to be violence and neglect, including facial and scalp injuries, acute fentanyl intoxication, malnourishment and pressure ulcers," the New Hampshire Attorney General's Office said in a news release.

Elijah's remains were found by state police on October 23 in Ames Nowell State Park in Abington, about 20 miles southeast of Boston. His body was discovered in what investigators referred to as a grave, the attorney general's office said at the time.

Elijah's disappearance was brought to the attention of authorities by New Hampshire's Division for Children, Youth & Families (DCYF) on October 14. He wasn't reported missing prior to this time, officials said.

Police in Merrimack, New Hampshire, began investigating and were joined by New Hampshire State Police and the New Hampshire Department of Justice, according to the attorney general's office.

Elijah's mother, Danielle Dauphinais, 35, and her boyfriend, Joseph Stapf, 30, were arrested on charges of child endangerment and witness tampering on October 17 and are being held without bond, the attorney general's office said.

Witness tampering charges against Dauphinais and Stapf stem from evidence showing the pair allegedly asked people to lie about Elijah's whereabouts and where he was living, knowing child protection services were searching for the boy, the attorney general said in an October statement.

CNN has reached out to the attorneys for Dauphinais and Stapf for comment but did not immediately hear back.