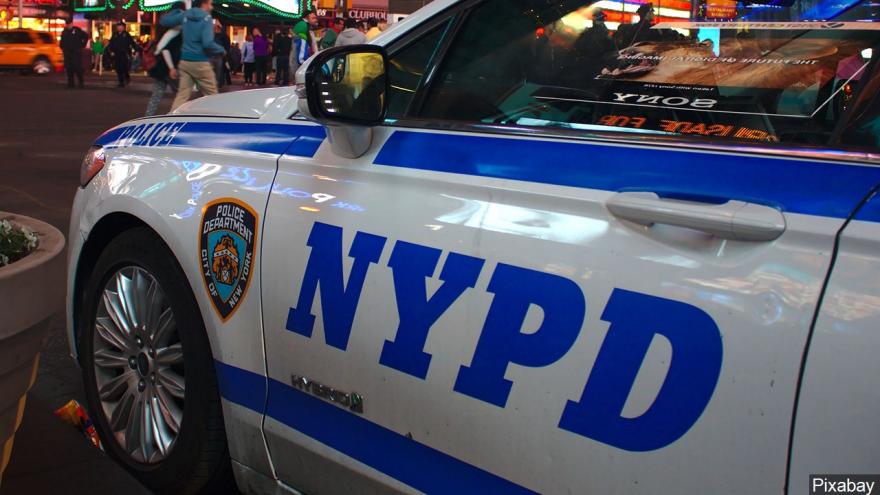 (CNN) -- A 5-year-old girl rescued from under a subway train that killed her father became an honorary New York Police Department officer.

NYPD Chief of Patrol Rodney Harrison shared a photo of Ferni Balbuena Friday during her visit with the department.

"Today is Ferni Balbuena's #NYPD Hope Trip. Ferni was rescued unharmed last month after her father jumped onto the tracks with her. She found a few minutes to stop by my office before heading over to the Mounted Unit."

The Hope Program connects children who have suffered trauma or catastrophic illness with the police department.

Ferni was in her father's arms when he jumped in front of a subway train in September, witnesses said. Fernando Balbuena-Flores was killed, but bystanders helped to rescue the little girl.

Cell phone footage taken from across the platform shows two men down on the tracks as the girl crawls out from under the train.

"She was telling me, 'What happened to my daddy?'" one of the men, identified as Jairo Torres, told CNN affiliate WCBS. "Then I said, 'Don't look at your daddy, come to me. Come like a puppy.'"

On Friday, nearly two months later, she was sworn in as an honorary officer, NYPD Sgt. Jessica McRorie said in a statement.

"Today, Deputy Chie John Clune swore in Ferni Balbuena as a honorary officer of the Hope Program," McRorie said in a statement. "Hope stands for Heroism, Optimism, Pride and Encouragement."