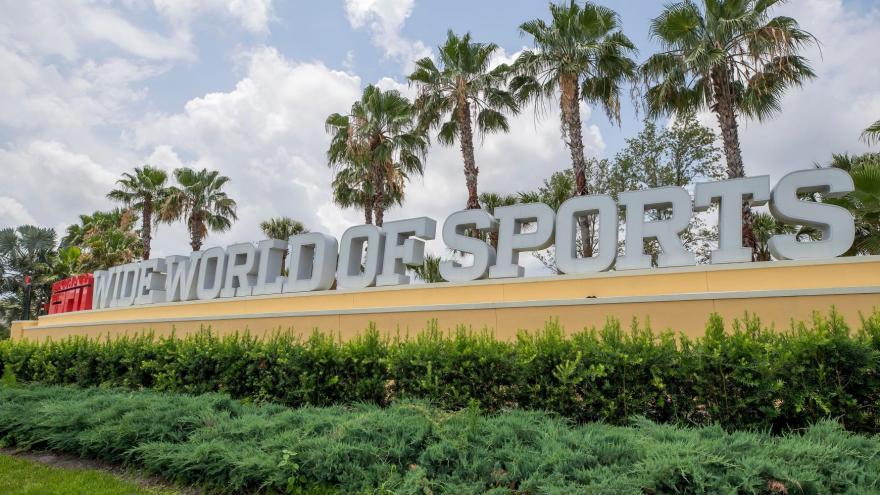 A shortened MLS season will be played this month at the ESPN Wide World of Sports complex in Florida.

(CNN) -- Six FC Dallas players have tested positive for Covid-19 since arriving in Florida ahead of the upcoming "MLS is Back Tournament," the league says.

The players, who have not been identified, are in self-isolation at the team's designed hotel in the Walt Disney World Resort, which is hosting the tournament set to begin on July 8.

The announcement comes as major league sports in the US begin executing their plans to play in the midst of the pandemic while the number of coronavirus cases across the country keep increasing.

MLS created a series of safety protocols for its shortened season in hopes to avoid a coronavirus outbreak among the teams. Those measures include regular testing, social distancing and the use of face masks.

A total of 392 people including players, coaches and staff members have been tested since the teams began arriving in Florida, and the FC Dallas players are the only people who have tested positive for Covid-19, MLS said.

"While in isolation, the individuals are in daily communication with and receive remote care from a healthcare provider, including monitoring of symptoms and regular follow-up testing," the league said.

The rest of the FC Dallas delegation are currently "quarantining in their hotel rooms pending the results" of additional Covid-19 tests. The team has not been in contact with other teams since they arrived in Florida, MLS said.

The team said in a statement that the players, coaches and staff tested negative for the virus before they traveled to Florida.

It's unclear how the diagnoses will impact the team's future in the tournament. FC Dallas has its first match scheduled for July 9 against Vancouver.

Several MLS players from multiple teams have tested positive since March. In the weeks before traveling to Florida and after resuming training, a total of 18 players and six staff members tested positive, MLS has said.

MLS is resuming play later this month after the National Women's Soccer League began playing in late June. The NBA will resume its season on July 30 with 22 teams traveling to play at Disney's ESPN Wide World of Sports Complex.