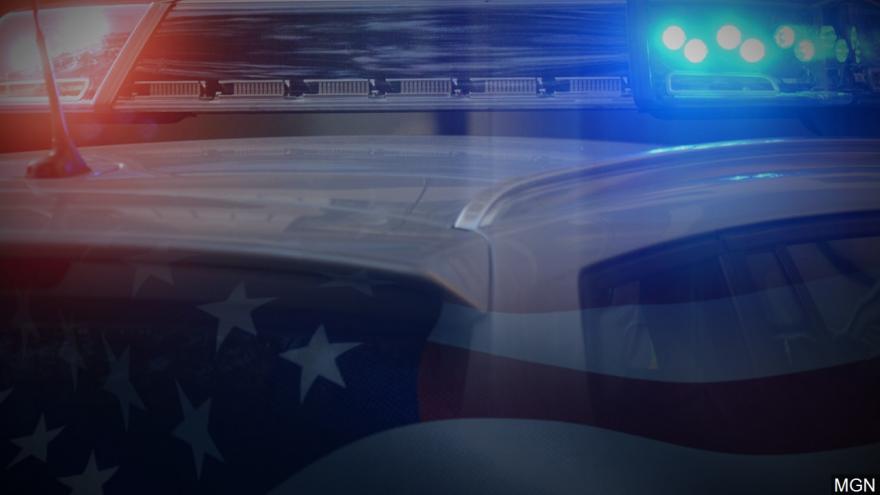 (CNN) -- In the first six weeks of the year, 11 law enforcement officers across the United States have died after they were shot in the line of duty.

Six of them died in just one week, said Craig Floyd with the National Law Enforcement Officers Memorial Fund.

It's a big jump from the five recorded during the same period in 2017, according to data from the memorial fund.

Ten of the shootings occurred this year. One of the lawmen died in February due to complications from a gunshot wound he received in 1994.

"The tragic deaths... (are) a stark reminder of the dangers our law enforcement professionals face each and every day while protecting and serving our communities. Too often, their service and sacrifice are taken for granted," Floyd said in a statement Monday.

Doss, 25, was shot in the head on January 24 as he got out of his patrol car to respond to a domestic violence call. He died four days later.

The alleged shooter barricaded himself inside of a home for about four hours. A SWAT team deployed chemical agents in the home and took a man into custody.

The two were fatally shot February 10 as they responded to a to a 911 hangup call involving potential domestic abuse, authorities said.

Joering, 39, and Morelli, 54, were shot as they entered an apartment in Westerville, north of Columbus, Division of Police Chief Joe Morbitzer said.

Hill, 45, was shot and killed January 18 in Harrisburg during an attempt to serve an arrest warrant.

He was with other members of the Middle Pennsylvania Fugitive Task Force.

As the officers were attempting to apprehend a woman at a home who was wanted for making terroristic threats, a man inside opened fire. Hill and two other officers were struck. One of the officers shot and killed the shooter.

Doty, 37, died on January 17 of gunshot wounds he received one day earlier during the search for a man who shot a York County Sheriff's canine handler.

The handler was ambushed by the man, who was accused of attacking his wife.

A SWAT team that included Doty responded to the incident, and the suspect shot the detective.

Although he was shot in the head more than 23 years ago, Belanger, 52, died February 6 due to complications from that injury. He was shot by a man on a skateboard as he conducted a traffic stop in Rowland Heights, according to the Los Angeles Times.

Gumm and other deputies were chasing a man while investigating a report of an assault on the night of January 24 in Thornton, a city near Denver.

When the deputies followed the man behind a home, the man pulled out a handgun and fired, hitting Gumm in the chest, a sheriff's spokeswoman said.

Gumm, 31, died of the wound. The alleged shooter was taken into custody, officials said.

Flick was marking his 11th anniversary as a sheriff's deputy with El Paso County when he and some colleagues were looking into a report of a vehicle theft on February 5.

Flick, 34, was shot and killed -- and three other law enforcement officers were shot and injured -- during a struggle with a suspect in Colorado Springs, authorities say.

Maddox, 26, was killed February 9 when he tried to assist two Henry County Sheriff's deputies in arresting a man wanted on a warrant for failure to appear in court.

The shooting occurred in Locust Grove, a small town about 35 miles south of Atlanta, authorities said. The two deputies were wounded and the suspect was killed.

Sherrard, 37, was shot and killed when he responded with other officers to a shots fired call at an apartment complex in Richardson.

When they arrived, police found a person suffering from a gunshot wound. While some officers provided first aid to that individual, who later died, an investigation led others to a nearby apartment.

Upon entry to the apartment, the suspect began firing on the officers, striking Sherrard.

McCartney, 34, was shot and killed as he chased two burglary suspects after responding to a home invasion call January 7 in Frederickson.

Authorities say McCartney was able to fire his weapon as well. One of the suspects was found dead at the scene, and the other was apprehended later.