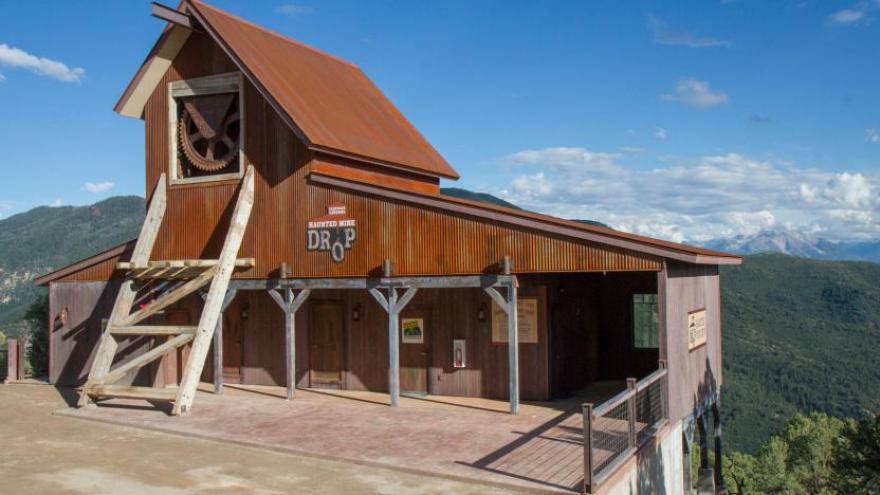 The Haunted Mine Drop is shown in this July 2017 file photo at Glenwood Caverns Adventure Park in Glenwood Springs, Colorado. A 6-year-old girl died on the ride because she wasn't buckled in, according to a report released from the Colorado Department of Labor and Employment's Division of Oil and Public Safety (OPS).

(CNN) -- A 6-year-old girl died on a free-fall ride at an amusement park in Colorado because she wasn't buckled in, according to a report released Friday from the Colorado Department of Labor and Employment's Division of Oil and Public Safety (OPS).

Wongel Estifanos was on vacation with her family at Glenwood Caverns Adventure Park on September 5, according to according to the Garfield County Coroner's Office. She got on the Haunted Mine Drop, a tower-style ride that "uses gravity to create a freefall," the report said. The ride carries six passengers at a time and "drops 110 feet into a shaft in the ground," the report said.

There are two seat belts for each passenger, but "when Ms. Estifanos, a six-year old girl, sat down on the ride, operators did not notice she was sitting on top of both seat belts," the report read.

The ride's control system alerted operators to the seat belt issue and prevented them from dispatching the ride. However, the report says, because neither of operators had received adequate training, the two operators kept incorrectly fastening the seat belt mechanism and launched the ride.

"Because Ms. Estifanos was not restrained in the seat she became separated from her seat and fell to the bottom of the (Haunted Mine Drop) shaft, resulting in her death," the report said.

"Having multiple operators making decisions and participating at different steps within the ride cycle was unusual and took the focus away from passenger safety," the report said.

One of the operators was hired July 9, but didn't receive training until August 5. The other was hired August 21 and received training the day after, the report said.

The Haunted Mine Drop will be closed until OPS repermits the ride and the park receives a new certificate of inspection. The park has been operating for 15 years and the Haunted Mine Drop opened in 2017, the report said. The ride is billed as the world's first drop ride to go underground, according to the park website.

Steve Beckley, founder of the park, said in a written statement to CNN that the owners, management and park itself were "heart-broken" by the accident.

"There is no way we can imagine the pain of loss that the Estifanos family and their friends are experiencing," Beckley's statement read. "Safety is, and always has been, our top priority. Since opening our first ride just over 15 years ago, Glenwood Caverns Adventure Park has delivered more than 10 million safe and enjoyable rides."

Beckley says the park has been working closely with OPS and "independent safety experts" to review the accident.

"We received the state's final report and will review it carefully for recommendations," Beckley's statement read.

Dan Caplis, attorney for Wongel's family, told CNN affiliate KMGH-TV the girl's parents received the report and are asking people to come forward who may have seen other similar incidents at the park.

"Wongel's parents are determined to do everything in their power to make sure that no one ever dies this way again," Caplis told KMGH. "As part of this mission they are asking witnesses to come forward, including folks who experienced problems with the Haunted Mine Drop before Wongel was killed on it."