63 vehicles involved in crash in Virginia 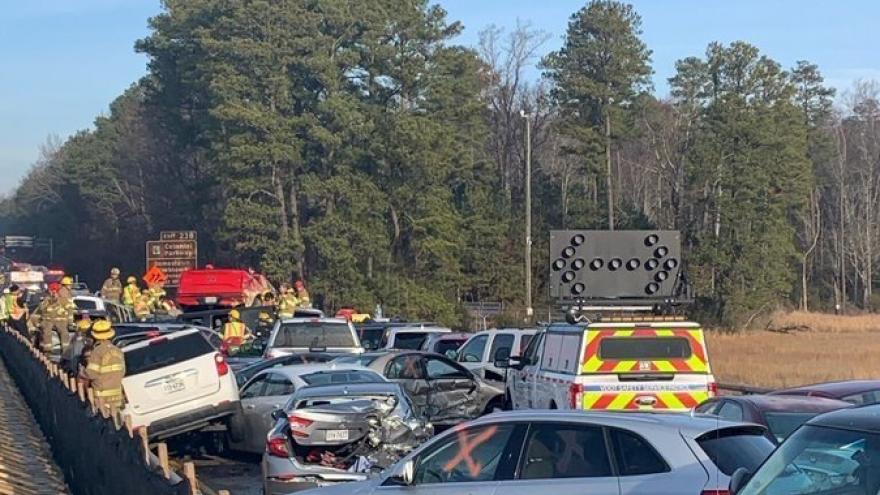 YORK Co., Va. (WTKR) -- A multi-vehicle crash involving at least 63 vehicles shut down the westbound lanes of I-64 in York County Sunday morning, according to the Virginia State Police.

According to VDOT Hampton Roads, the crash occurred at the Queens Creek Bridge before Camp Peary, exit 238, at 7:51 a.m. Traffic is being detoured off the highway at Route 199, exit 242.

Another crash at the Queens Creek Bridge blocked a single eastbound lane on I-64, according to VDOT. Both lanes of I-64 E have reopened.

The Virginia State Police said fog and ice were present on the roadway at the time of the crash.

According to the Virginia State Police, 35 people were taken to the hospital, with injuries ranging from minor to life-threatening. At least two people were critically injured.

The roadway will be closed for an extended period of time.

The Virginia State Police is investigating the crash, and the York-Poquoson Sheriff’s Office and VDOT are on-scene assisting and rerouting traffic.