6.5 million pounds of beef recalled due to salmonella outbreak 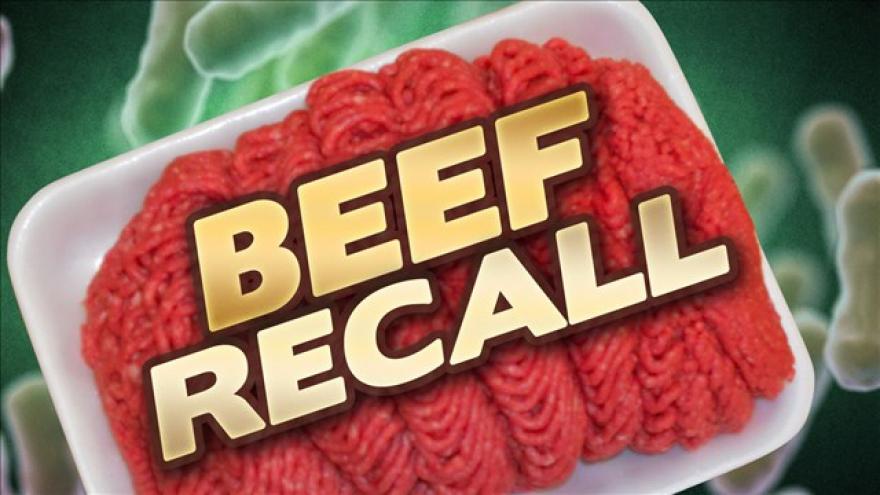 An estimated 6.5 million pounds of beef products are being recalled due to an outbreak of salmonella, the FSIS announced Thursday. Fifty-seven causes of salmonella illness were linked to this outbreak, occurring between August 5 and September 6. Photo courtesy MGN

The recalled products may be contaminated with salmonella.

The recall was issued after health officials identified JBS as the common supplier of raw ground beef products found to be the "probable source" of reported salmonella illnesses.

Fifty-seven cases of salmonella illness linked to this outbreak were reported in 16 US states between August 5 and September 6.

The USDA's FSIS was first notified of the possible outbreak in September. Receipts and shopper cards from eight patients helped investigators identify the source of the outbreak.

Symptoms of salmonella usually begin 12 to 72 hours after consuming contaminated food. These can include diarrhea, abdominal cramps and fever that last between four and seven days. Most people recover on their own but those who experience persistent diarrhea may need to be hospitalized.

Those at most risk for severe illness include people with weakened immune systems, babies and elderly individuals.

The USDA inspection mark on the packaging of the recalled products contains the establishment number "EST. 267."

"FSIS is concerned that some product may be frozen and in consumers' freezers. Consumers who have purchased these products are urged not to consume them. These products should be thrown away or returned to the place of purchase," the agency said in announcing the recall.

The USDA also reminded consumers to cook all ground beef to an internal temperature of 160 degrees Fahrenheit.

"The only way to confirm that ground beef or other cuts of beef are cooked to a temperature high enough to kill harmful bacteria is to use a food thermometer that measures internal temperature."