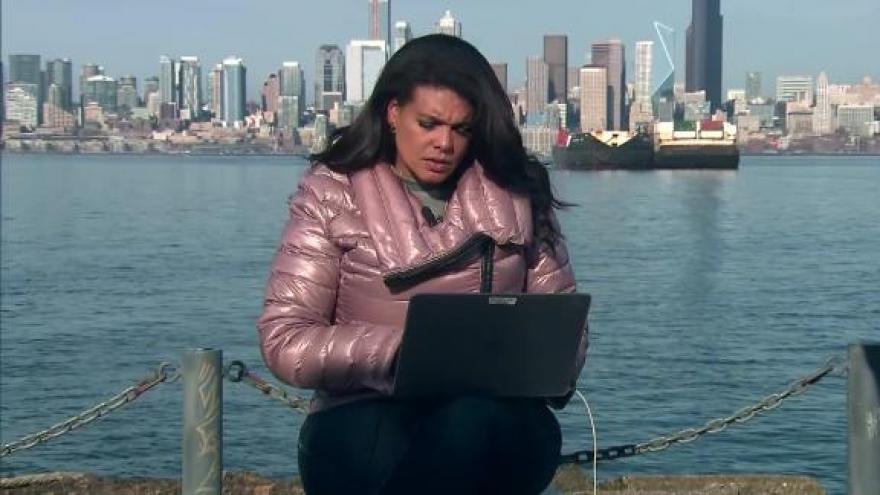 (CNN) -- New orders poured in this week from local and state leaders as US health officials issued stark warnings about the spread of the coronavirus.

About 75 million Americans were told to stay home after Connecticut, Illinois, New York and California directedall non-essential workers to sequester -- with Illinois Gov. J.B. Pritzker saying the step was necessary to "avoid the loss of potentially tens of thousands of lives."

And while California Gov. Gavin Newsom said police will not be regulating the statewide order, Connecticut Gov. Ned Lamont said residents of his state could be fined for choosing to ignore the directions.

The sweeping measures follow similar directives throughout the week issued by both city and state leaders urging residents to stay put. Those came on top of a slew of orders across the country demanding bars and restaurants convert to only take-out and delivery services in certain areas.

All in the efforts of keeping people apart.

"Every state will head this way," CNN national security analyst Juliette Kayyem said Friday. "People need to prepare themselves that this gets harder before this gets easier."

The "pause" may last longer than 15 days, the US Centers for Disease Control and Prevention said in their own guidelines.

In one federal plan obtained by CNN, the government said it was preparing for a pandemic that could last up to 18 months or longer and include "multiple waves of illnesses."

In the past weeks, US numbers of reported cases have continued to jump as the virus spreads and more Americans are getting tested.

Vice President Mike Pence told reporters this week "tens of thousands of tests are being performed every day."

In New York, which has the highest number of cases with more than 8,000 people testing positive, Gov. Andrew Cuomo said they conducted nearly 8,000 tests overnight earlier this week.

In total, the US may have tested about 170,000 people so far, Dr. Deborah Birx, the White House coronavirus task force response coordinator, told CNN.

"I know that in general our positivity rate is between 9 and 11%," Birx said. "If 90% are negative, you can do the calculation of how many tests we have done."

There are currently more than 17,000 confirmed cases in the United States.

And Birx said she expects numbers to rise sharply over the coming days as labs run through a backlog of tests as well.

But as numbers climb, healthcare workers and state leaders have sounded the alarm on medical supplies that have begun running short.

In New York City, now the epicenter of the outbreak in the US, Mayor Bill de Blasio called on Trump for help and said supplies could only last for the next few weeks.

"I said very clearly that for the month of March, we have the supplies that we need, the city has very strong reserves of the kind of supplies that I talked about," he said. "It is going into April that I'm worried about. I don't have the perfect day for you, we're assessing all the time but it is a day, two weeks from now or three weeks from now where we must, by then, have had a very substantial resupply.

In new guidance this week, the CDC said facilities facing a "crisis" should consider options to combat shortages that "are not commensurate with US standards of care."

That includes re-using masks as well using "homemade ones" from materials like bandanas and scarves.

Hospitals from across the country have already reported they've had to get creative with how to make more masks and make them last longer.

Some have gotten creative with hospital facilities too --- with one Washington state community getting ready to open a 200-bed hospital on a soccer team.And deBlasio said the city will use "every building we can... to become essentially annexes to hospitals."

"Supplies are a major issue -- (personal protective equipment), gloves, gowns, mask suppliers," Cuomo said Friday. "I am now asking all product providers, all companies who are in this business, we will pay a premium for these products."

That's not all. Some facilities, including in New York, have drastically upped their orders for ventilators.

Michael Dowling, president and CEO of the Northwell Health, was picked by New York's governor to lead a hospital surge team. He said he wants to purchase as many as 500 ventilators, which can cost $20,000 to $40,000 a machine.

The coronavirus outbreak in Italy -- whose health care system has more hospital beds per 1,000 people than the United States -- could signal a lack of preparedness in the US, according to commentary published this week in the New England Journal of Medicine.

"Though Italy's health system is highly regarded and has 3.2 hospital beds per 1,000 people (as compared with 2.8 in the United States), it has been impossible to meet the needs of so many critically ill patients simultaneously," Dr. Lisa Rosenbaum, a cardiologist at Brigham and Women's Hospital in Boston, wrote in the piece.

One expert told CNN earlier this week the US was "two months too late" in preparing.

"I really think this is a fundamental responsibility of government to have acted on this a long time ago," said Dr. Eric Toner, who studies hospital preparedness at the Johns Hopkins Center for Health Security.

Dr. David Hill, a pulmonary critical care physician and a spokesperson for the American Lung Association said staffing shortages will likely come even before equipment starts to run out.

"Part of it is just exhausting our personnel. Health care is complicated and people make mistakes when they're overworked," Hill said.

If health care workers get sick, "everything can fall apart very quickly," says Dr. Peter Hotez, professor and dean of the National School of Tropical Medicine at Baylor College of Medicine.

Hotez said he is, "especially worried now about our health care providers because we're starting to see those individuals become sick as well and be taken out of the workforce, or in some cases become seriously ill. So here's where everything can fall apart very quickly."

To combat a possible shortage in Georgia, Secretary of State Brad Raffensperger said he was taking action to expedite licensing for nursing professionals who come in from other states to help fight the spread of the virus.

"Fighting, defeating, and overcoming coronavirus in Georgia and across the country will require enlisting the help of the best and brightest medical professionals available" Raffensperger said in a news release.

And in New York and Connecticut, state leaders reached out to retired doctors and nurses to request help during the pandemic.