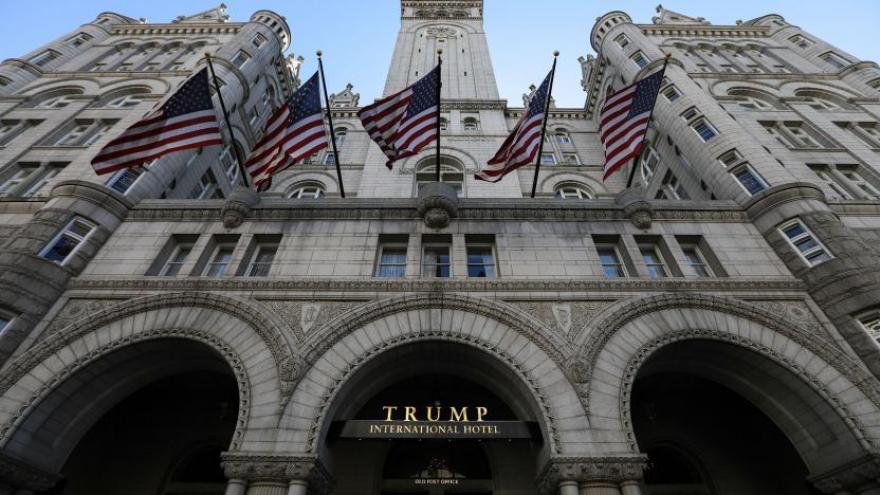 A $750,000 settlement is reached with thee DC attorney general in a case involving funds used in the 2017 Trump inauguration.

(CNN) -- The Trump Organization and the Presidential Inaugural Committee will pay a total of $750,000 to settle with the Washington, DC, attorney general's office over allegations they misspent money raised for former President Donald Trump's inauguration.

The Trump Organization will pay $400,000 and the PIC will pay $350,000, according to a person familiar with the settlement. As part of the deal, the money will be directed to two DC nonprofits, DC Action and Mikva Challenge DC, the DC attorney general's office said.

In announcing the settlement, DC Attorney General Karl Racine said, "After he was elected, one of the first actions Donald Trump took was illegally using his own inauguration to enrich his family. We refused to let that corruption stand. With our lawsuit, we are now clawing back money that Trump's own inaugural committee misused."

In a statement released by the Trump Organization, the former President said the settlement reflects "absolutely no admission of liability or guilt."

"As crime rates are soaring in our Nation's Capital, it is necessary that the Attorney General focus on those issues rather than a further leg of the greatest Witch-Hunt in political history," Trump said. "This was yet another example of weaponizing Law Enforcement against the Republican Party and, in particular, the former President of the United States. So bad for our Country!"

Lee Blalack, an attorney for the inaugural committee, said the committee is confident it would prevail at trial but settled to avoid "significant costs" of litigation. He said the committee's insurer, which is funding the settlement, would have paid twice as much to go to trial.

According to a settlement agreement filed with the court, it acknowledges that the defendants dispute the allegations and are settling "to avoid the cost, burden, and risks of further litigation" and that neither defendant is admitting any "wrongdoing, unlawful conduct, or liability."

Racine sued in 2020 accusing the 2017 Presidential Inaugural Committee of coordinating with the former President's family to "grossly overpay" for event space for inauguration events in January 2017 at the Trump International Hotel in DC. The inaugural committee wasted approximately $1 million of charitable funds in overpayment for the use of event space at the Trump Hotel in violation of District law, according to the lawsuit. They also alleged the committee paid nearly $50,000 to cover an outstanding debt for a block of rooms reserved by the Trump Organization at the Loews Madison hotel.

The Trump Organization has agreed to sell the Washington, DC, hotel to CGI Merchant Group, a Miami-based investment firm. CGI is partnering with Hilton Worldwide Holdings to operate the hotel under the Waldorf Astoria name. The deal is supposed to close soon.