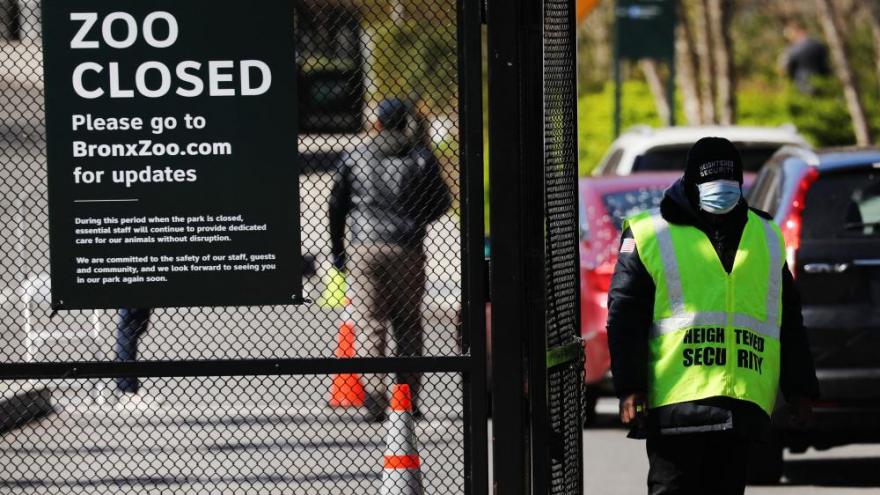 A guard stands at the entrance to the Bronx Zoo in New York City. Seven more big cats have coronavirus at the zoo, in addition to a tiger that tested positive earlier this month, the Wildlife Conservation Society announced.

(CNN) -- Seven more big cats have coronavirus at the Bronx Zoo, in addition to a tiger that tested positive earlier this month, the Wildlife Conservation Society announced.

The nonprofit, which runs the famed zoo in New York City, said three tigers and three African lions began showing symptoms in early April, when the zoo announced a 4-year-old Malayan tiger named Nadia tested positive. The six big cats were tested and those results now show they are also infected. According to the zoo, they had been coughing.

One more tiger, who showed no symptoms, also tested positive.

The zoo said the cats were infected by a staff member who was positive but at the time showed no symptoms. In response, preventive measures are now in place for staff who are caring for cats across all four zoos run by the nonprofit in the state.

All four have been closed since mid-March, the nonprofit said.

The zoo said the animals are now behaving normally, eating well and are not coughing as much.