8 people shot near a Texas car wash after an argument 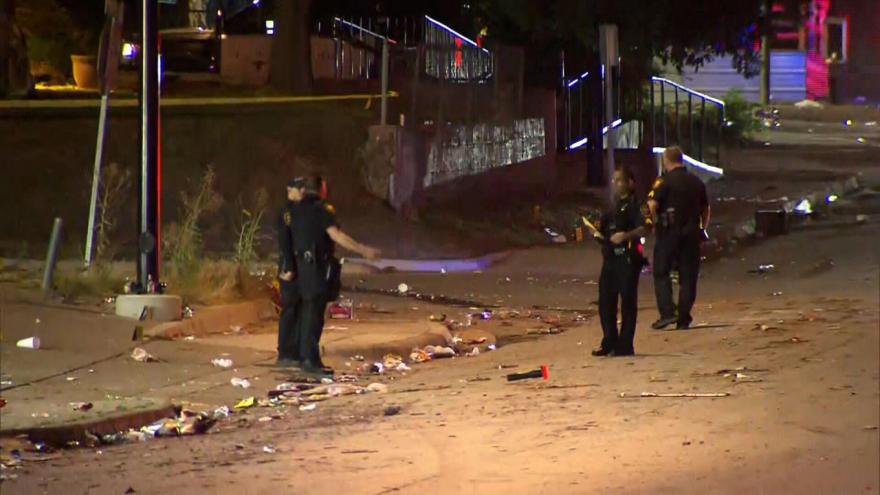 Investigators say several different guns were used in the shooting.

(CNN) -- Eight people were injured in a shooting near a car wash in Fort Worth, Texas, early Sunday morning after a group of men got into an argument.

One of the men left the scene during the argument, returned with a gun and began firing "toward groups of people," Fort Worth Police said in a news release. Multiple people returned gunfire, the release said.

An officer heard gunfire around 1:30 a.m., Fort Worth Police said in a news release. When officers arrived at the scene to investigate, they found eight people with gunshot wounds, according to police.

Most of the victims are believed to have been innocent bystanders who weren't involved in the initial argument, according to Fort Worth Police. All were taken to local hospitals and are in stable condition, police added.

A young girl also suffered minor injuries when she was hit by a vehicle while trying to leave the area, according to the release.

No suspects have been arrested, according to Fort Worth Police. Gun violence detectives are continuing the investigation.