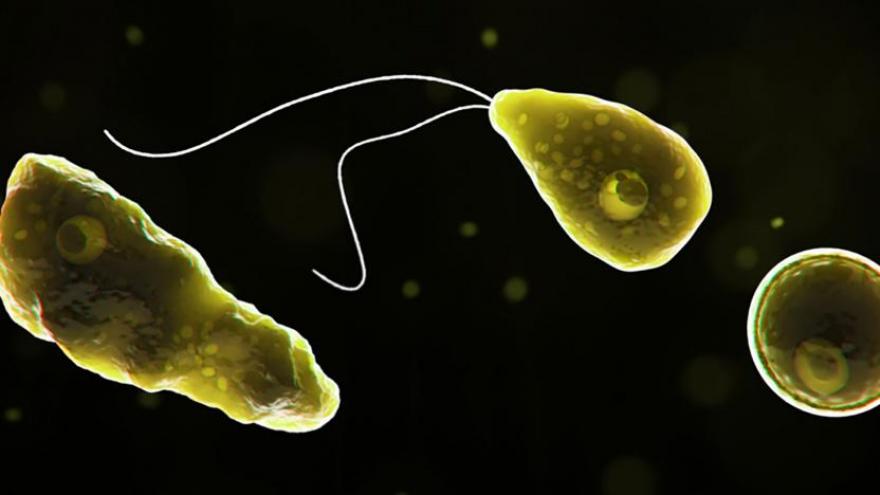 Naegleria fowleri, a brain-eating amoeba, was found in a Texas water supply.

(CNN) -- Residents of eight cities have been alerted that a brain-eating amoeba was found in a southeast Texas water supply, leading one of the towns to issue a disaster declaration.

The Texas Commission on Environmental Quality issued a water advisory to residents served by the Brazosport Water Authority warning customers not to use any water due to the presence of Naegleria fowleri, a brain-eating amoeba, found in the water supply on Friday evening.

"The Texas Commission on Environmental Quality at the direction of the Governor's Office is working with Brazosport Water Authority to resolve the issue as quickly as possible," the advisory reads.

According to the Centers for Disease Control and Prevention, the brain-eating amoeba is commonly found in soil, warm lakes, rivers, and hot springs. It can also be found in poorly maintained or unchlorinated pools and in warm water discharge from industrial plants.

The Do Not Use Water Advisory was issued for residents of Lake Jackson, Freeport, Angleton, Brazoria, Richwood, Oyster Creek, Clute and Rosenberg, Texas, as well as for the Dow Chemical plant in Freeport and the Clemens and Wayne Scott Texas Department of Criminal Justice corrections facilities.

The TCEQ has since cleared all but one location, according to a statement on Twitter.

Lake Jackson has issued a disaster declaration and residents are still being urged to heed the Do Not Use Water Advisory until the Brazosport Water Authority has completed an adequate flush out of its water system, according to TCEQ.

The incident started on September 8, when the city was made aware of a 6-year-old boy who was hospitalized with the amoeba. The boy's problem was traced back to two possible sources: a water fountain "splash pad" in front of Lake Jackson Civic Center or through water emitted from a hose at the boy's home, according to a statement from the city.

City authorities said the the splash pad was immediately closed and they hired a private lab to run a test on a five-gallon water sample from the fountain. The results came back negative on September 14 for Naegleria fowleri, and the CDC was contacted for further water testing from the splash pad.

Representatives from the Texas Department of Health Services collected water and tested samples from the splash pad for the CDC, and on On September 25, three of the 11 water samples tested positive for Naegleria fowleri.

The CDC sent the test results to the TCEQ, and the Texas agency then required that the Brazosport Water Authority issue a Do Not Use water advisory for their customer base, the statement reads.

TCEQ is currently testing the chlorine levels in the City of Lake Jackson's water source and has determined it will take approximately three days to clear the system. Local residents can receive a free case of water from the city in the interim.

The CDC says that while Naegleria fowleri infections are rare most are fatal. From 2009 to 2018, only 34 infections were reported in the United States. Of those reported cases, 30 people were infected by recreational water.

Correction: A previous version of this story misstated how many Texas cities were alerted to a brain-eating amoeba. It was eight.