80,000 furloughed as bus industry grinds to a halt 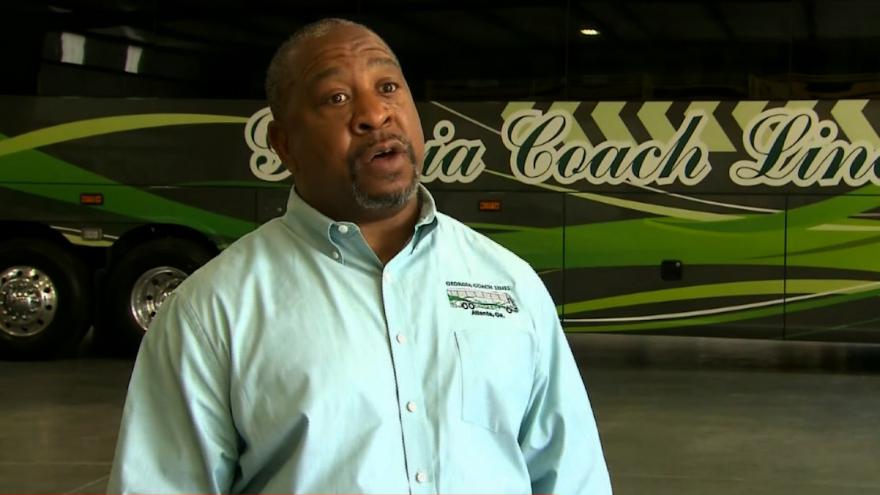 (CNN) -- Clarence Cox took over a 35-year-old motorcoach business from his father and uncle and had hopes of one day giving it to his daughters. But with a $5 million fleet parked for months during a pandemic, and no federal aid, his goal now is just to make it to the end of 2020.

His business, Georgia Coach Lines, is one of thousands of small, family-owned bus companies across the US, urging Congress to approve immediate aid. Unlike the airlines or Amtrak, the motorcoach industry hasn't received any funding from the $2.2 trillion CARES Act passed by Congress in the spring.

Peter Pantuso, president and CEO of the American Bus Association, said, "I can't really identify for you why we have not been included."

The American Bus Association estimates private buses provide 600 million passenger trips a year, second only to commercial flights. Pantuso said 80,000 of the industry's 100,000 employees have been furloughed this year.

The American Bus Association said the industry usually sees $15 billion in revenue a year. In 2020, bus companies only brought in $4 billion. The motorcoach industry, along with the school bus industry and passenger water vessel companies are now collectively asking Congress to approve $10 billion in loans and grants.

"Every small business I think across America is hurting at some level," Pantuso said. "But there are very few other industries that are almost completely shut down with no hope of coming back for at least six months, next year, and then it'll be a slow recovery."

Part of that recovery for Cox's business has meant purchasing special cleaning equipment and adapting buses for safer travels during the Covid-19 pandemic.

"I'm so sick of hearing Steve Mnuchin, and that Nancy Pelosi argue back and forth about the amount of money, you know, with Nancy, it's all or nothing. With Steve, it's like, well, this is what the President said. And meanwhile, back at the ranch, all of us are sitting here trying to figure out how we're going to eat next week," Cox said.

Cox's 16 drivers have been furloughed.

One of them, Douglas Reese, has sat at home for months at a time this year, relying on unemployment that he says will run out in early November.

"You're still sitting at home, but your bills are still coming in, you still got a mortgage to pay. And you got to eat," Reese said.

He has only driven eight trips this year, compared to the typical 250. One of those trips was to transport members of John Lewis's family during his funeral late July.

"I was very honored by that and it was touching. And most of the time on that trip, I was right behind the hearse. So, I'm looking through the windshield, staring at the back of the hearse, looking at the flag, covering up the casket," Reese said.

Reese would also typically be driving groups of students on field trips, tour groups, sports teams, and TV or film crews to their sets. Georgia Coach Lines even sends buses to hurricane zones sometimes, to assist with evacuations in areas hard to reach by plane or train. The bus industry also serves many people in this country who cannot afford to hop on a plane.

Cox said his message to elected leaders is to unite and get something done.

"It's ridiculous. It's -- you know, I make jokes. But I make jokes because I'm so angry. I have to laugh, to keep from crying," he said.