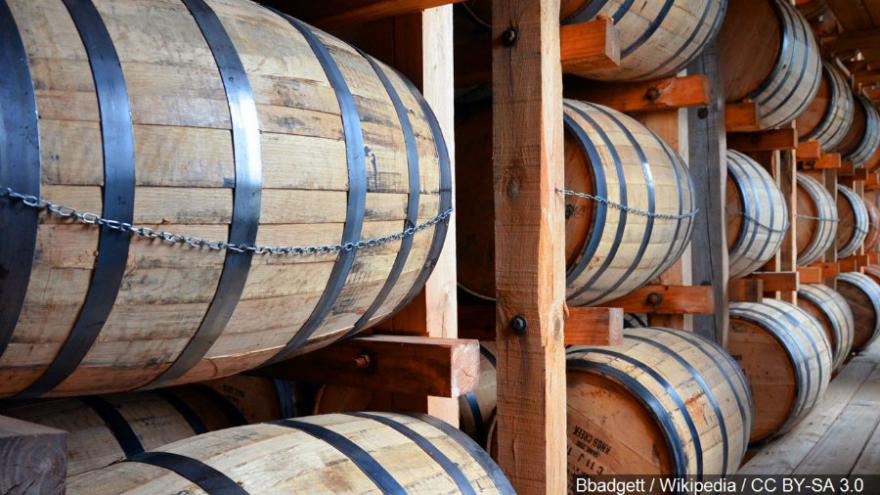 (CNN) -- Pardon bourbon lovers for crying in their beer after half of the barrels being aged at a Kentucky distillery building fell to the ground when part of the structure collapsed. 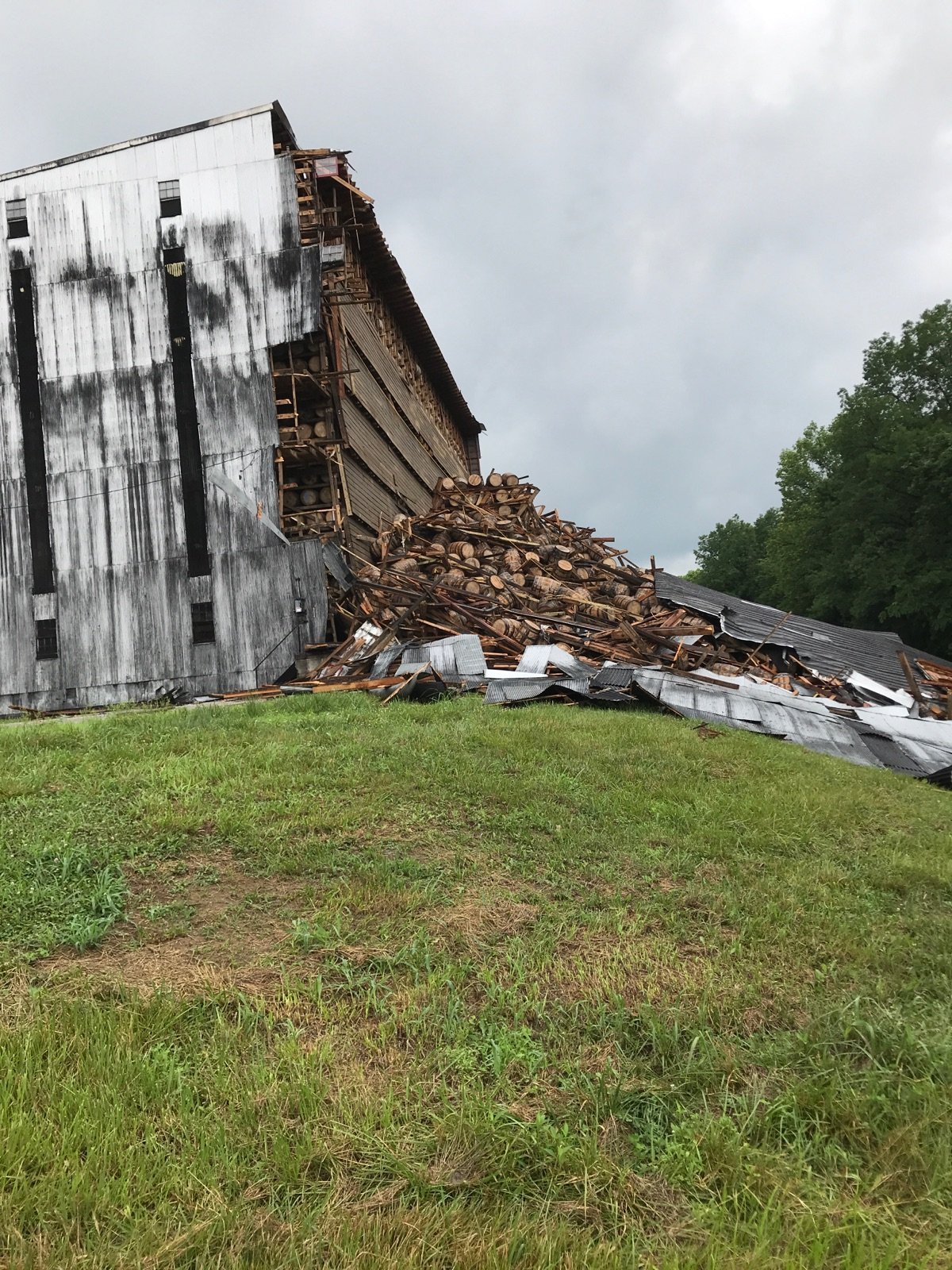 About 9,000 stacked bourbon barrels plummeted to the ground Friday at Barton 1792 Distillery, home of the brand 1792 Bourbon.

The building, which holds up to 20,000 barrels, was having a wall repaired. The collapse brought down half of the structure.

Bardstown Police Chief Billy Mattingly said there was no one inside when the roof caved in, so no injuries were reported.

It is unclear whether the bourbon spilled from the containers, but a nearby creek was of concern because of the structure's position on a hill. Representatives from the state's Department for Environmental Protection were dispatched to the scene.

Water samples came back clean, according to CNN affiliate WLKY.

Distillery officials did not immediately respond to a request for comment. The building's owner, the Sazerac Company, also could not be reached.

Typically, each barrel holds 53 gallons of bourbon and weighs about 550 pounds, according to WLKY.