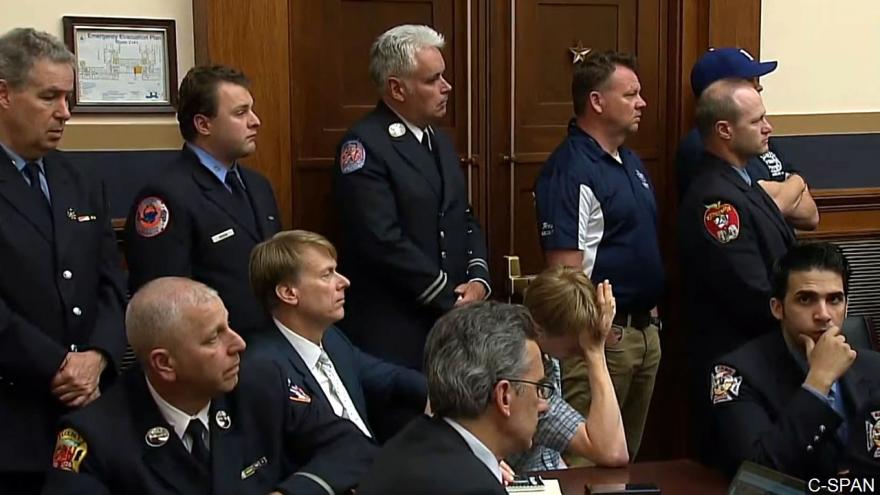 "He painted a landscape to let America know that over 95,000 people in the World Trade Center health program that are being treated across our great nation are being forgotten by our federal government, by Congress, a dysfunctional body of work who continues to fail us," one of the first responders, John Feal, said on CNN's "New Day" with John Berman.

Feal said before the hearing began on Tuesday he approached Stewart and pointed out what he said was apparent disinterest from some in the room, which helped prime Stewart for the moment when he said the comedian and longtime advocate for the responders "articulated our pain and suffering."

In the interview, Feal praised House Judiciary Chairman Jerry Nadler, a New York Democrat, and said GOP leadership and the Senate had been obstacles in past authorization pushes.

Brian McGuire, another 9/11 first responder, told CNN that what he heard at the hearing was "heartbreaking" and said just recently, several 9/11 responders and recovery workers had died.

"We're fighting for those who can't be here, to voice their own help in their cause because they are too sick and they are dying," McGuire said.

Stewart said in the hearing that those not present at the hearing should be "ashamed," and he told CNN after that Congress needs to fund the aid "indefinitely for the lives of these men and women and not for five years."

"We've all been through this too many times to not be skeptical," Stewart said. "When it happens, then we'll believe it, but trust me, it's not going to be a celebration, it's just going to be a sigh."