9 people were shot in 2 New Orleans shootings overnight. At least 1 person has died 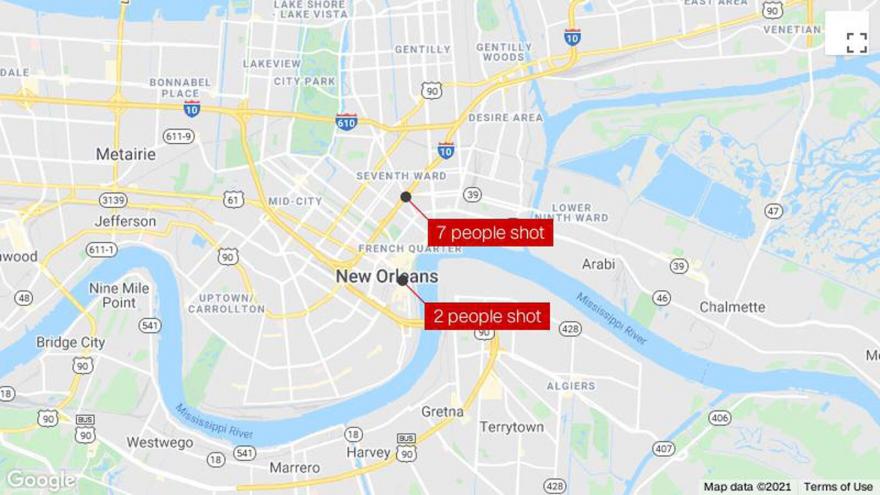 Two shootings in New Orleans overnight left one dead and eight others injured, police said May 2.

In a separate incident, two people were shot in the Central Business District around 2 a.m. CT (3 a.m. ET), NOPD tweeted. The conditions of those two shooting victims were not immediately released.

Police have not released additional information on the shootings, such as possible motives or whether any suspects are in custody.