9-year-old driver and younger sister, who told police they were driving to California for a swim, unharmed after crashing into semi in Utah 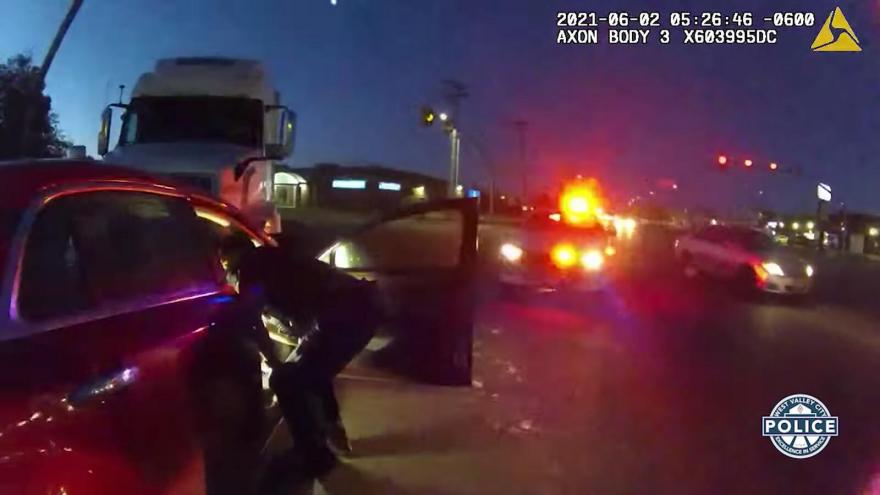 (CNN) -- Police officers were in for a shock when they responded to an early Wednesday morning traffic accident in Utah between a four-door sedan and a semi-truck.

The driver and passenger in the car were both children.

Officers arrived at around 5 a.m. on Wednesday "and discovered the person behind the wheel was a 9-year-old girl," the West Valley City Police Department said in a Facebook post.

"The young girl and her 4-year-old sister apparently snagged the keys to the family car while their parents were sleeping," police said.

"The girls drove about 10 miles from their home in West Jordan" and managed to get on a highway and a freeway approaching West Valley City, said the post.

Before exiting the freeway, the car hopped a median and slammed "head-on into a semi truck," said police.

A video clip of the crash scene taken from an officer's body-worn camera was released by West Valley City police. It shows the front end of the red sedan crushed, wedged against a semi-truck, which appeared to have been pulling two trailers.

As the officer with the bodycam approached, another officer was already on scene treating the children. The arriving officer looked inside the car, pointed to a child and said in apparent surprise, "she's driving?"

The department said there were no injuries, adding "We suspect in large part because those little girls at least remembered to wear their seatbelts."

The girls told the officers that "they were headed to California because they wanted to 'swim in the ocean,'" said police.

West Jordan is about 13 miles from downtown Salt Lake City — and more than a 700-mile drive to a California beach.