'90s kids rejoice! Dunkaroos are coming back this summer 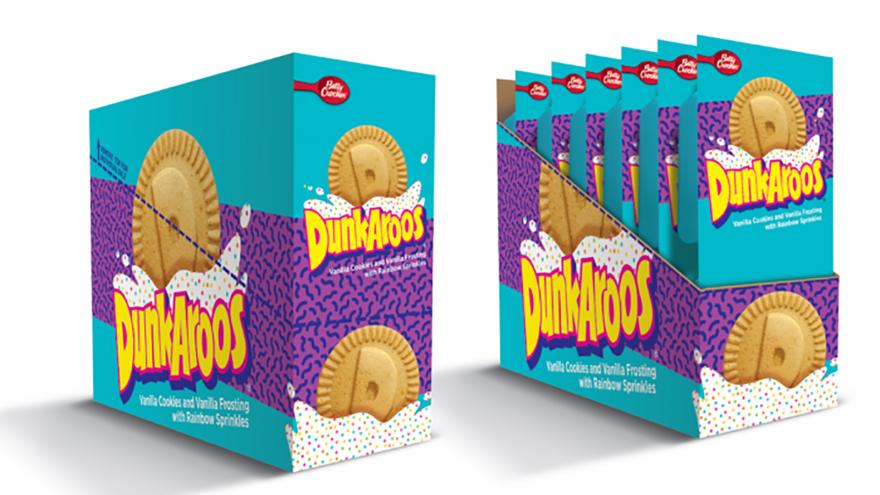 (CNN) -- For you '90s kids craving a taste of the good ol' days, the wait will soon be over as Dunkaroos will be returning to the snack aisle this summer.

General Mills, which made the announcement in a company blog post Monday, said it will be bringing back the most requested flavor: Vanilla Cookies and Vanilla Frosting with Rainbow Sprinkles.

"For those who grew up in the '90s, the original cookie-frosting combo represents the taste, color and fun of being a kid during that decade," Jeff Caswell, president of snacks at General Mills said in the blog post. "We know there's a lot of love for Dunkaroos, and fans everywhere have been asking for it. We're excited to help '90s kids relive all the best parts of childhood."

Dunkaroos quietly teased its comeback when it created Instagram and Twitter accounts in January. And the excitement was real.

"Comeback of the century," one person commented.

"This was my all time favorite childhood snack let's goooo," another commented.

The kangaroo-themed graham cookies that come with small tubs of delicious frosting for dipping were discontinued in the United States in 2012.

Since then, fans of the sugary treat have ordered them online from other countries. General Mills even launched a website called Smugglaroos, which encouraged Canadians traveling to the United States to bring Dunkaroos across the border to Americans who couldn't buy them in stores, according to The Globe and Mail.

General Mills did not provide a specific date for Dunkaroos' return, but a spokesperson said they will first be available at 7-Eleven stores nationwide before rolling out to other convenience and grocery stores, according to the "Today" show.

Now all we need is for Altoid Sours and 3D Doritos to make their return. Then all will be right again with the world.