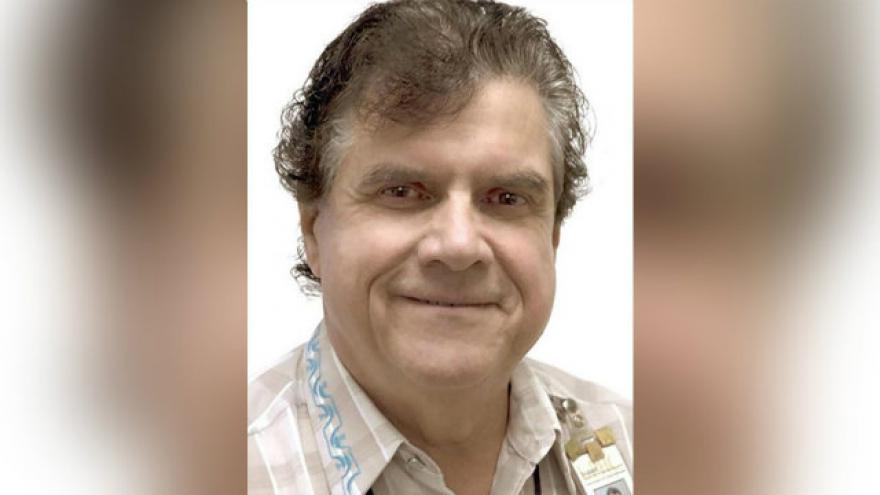 A lawsuit representing dozens of new victims accuses Dr. George Tyndall of engaging in sexual misconduct at the University of Southern California\'s Student Health Clinic. He was the only full-time gynecologist at the clinic for 30 years. Photo courtesy USC

By Stephanie Elam and Jack Hannah

(CNN) -- Ninety-three additional women have come forward to accuse longtime University of Southern California gynecologist Dr. George Tyndall of sexual misconduct, according to the attorney in the case.

Tyndall was the only full-time gynecologist at the school's Student Health Clinic for 30 years.

The former students allege that USC ignored complaints about the doctor for decades, and concealed the doctor's actions.

Tyndall's attorney, Leonard Levine, had no comment but said the doctor continues to cooperate in the investigation.

In July, after more than 50 accusers sued Tyndall and USC, Levine said in a statement that his client "is adamant that he engaged in no criminal conduct while practicing medicine at USC. He firmly believes that when all the facts are known, and experts in the field of gynecology and obstetrics are consulted, it will be determined (that) his examinations of students at USC were for the stated medical purpose, and consistent with the standard of care for such examinations," the statement said.

The women say they were sexually abused, harassed and molested by Tyndall, who was fired by the university in 2017 for inappropriate behavior, according to USC. University officials said the school reached a settlement with the doctor and did not report him to law enforcement or state medical authorities at the time.

In a statement to CNN, the university said, "We are aware of the lawsuits. We will be seeking a prompt and fair resolution that is respectful of our former students. We are committed to providing the women of USC with the best, most thorough and respectful health care services of any university."

At a press conference announcing the new lawsuit Thursday, two of the women victimized by Larry Nassar, the former USA Gymnastics doctor who was found guilty of sexual abuse, showed their support for the former USC students pressing charges against Tyndall.

Rachael Denhollander -- the first to publicly accuse Larry Nassar of assault -- urged USC to learn from what she called Michigan State University's mistakes.

"I am asking USC, do it better this time. Do it better than (MSU) did. Treat these women like the family you promised them they were. Conduct an independent investigation and release the report so we know who knew what, when and were, and those who contributed to the abuse of these women are held accountable."

The latest allegations are in line with some of the previous allegations against Tyndall. Several of these women claim they had never been to a gynecologist before seeing Dr. Tyndall and didn't realize his conduct wasn't medically legitimate until the first wave of lawsuits became public in May.

The women claim Tyndall made racist, derogatory and misogynistic comments while sexually abusing them "for no other reason than to satisfy his own prurient sexual desires."

Some of the claims against Tyndall include "groping Plaintiffs' breasts; digitally penetrating Plaintiffs' vaginas, sometimes without gloves and with unwashed hands; photographing Plaintiffs' genitals and naked bodies; exposing his own naked body to Plaintiffs...." Jane Doe 135 claims Tyndall engaged in rubbing the length of her naked body and pulled apart her buttocks "under the guise of a 'skin check.'"

The lawsuits claim Tyndall digitally penetrated these women forcibly for several minutes while commenting on how "tight" they were and on the size of their breasts. One complainant alleges Tyndall put his entire hand inside her vagina.

Jane Doe 126 claimed Tyndall digitally penetrated her so forcefully that she "bled profusely after her appointment." She also says that the doctor showed her "numerous photographs of other women's vaginas" and begged "Jane Doe 126 to let him photograph her naked vagina, for 'research.'"

Another plaintiff described as Jane Doe 128 said she saw Tyndall on at least four separate occasions between 2013 until in or around 2016. She claims while forcing his fingers inside her, Tyndall made racist comments about her ethnicity, telling her that "most Asian women have strong, tight vaginas." Jane Doe 128 alleges she asked a USC-employed nurse who was present during her appointments about Tyndall's behavior and whether it was normal, "the nurse dismissed Jane Doe 128's concerns, telling her that Tyndall was "just really friendly." Others like Jane Does 112, 113 and 127 also claim there was a USC-employed chaperone in the room who saw everything but said nothing.

After seeing Dr. Tyndall, Jane Doe 133 sent an email to USC's Student Health Center to complain about Tyndall but says she never received a reply. She claims she emailed a second time "to which the Student Health Center replied, 'We'll look into it.'" Jane Doe 133 doesn't know if USC ever took any action, the suit claims. She says the doctor made inappropriate comments like "your vagina is tiny" and "Your breasts are so big, like other Indians" after ordering her to strip completely naked and then "roughly moving his fingers in, out and around the inside of her vagina."

Used mascara wands are helping treat and save wild animals