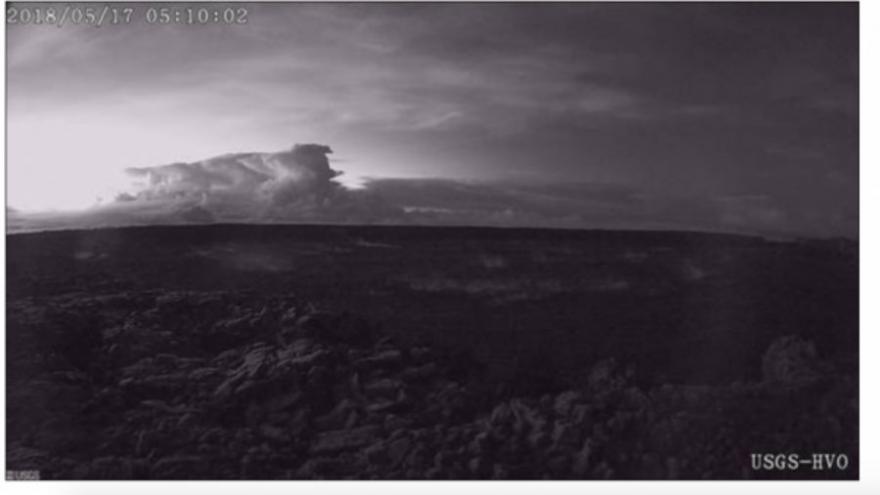 VOLCANO, Hawaii (AP) — Authorities handed out around 2,000 masks for protection as people living near Hawaii's Kilauea volcano braced for pulverized rock, glass and crystal to rain down on them after an explosive eruption at the peak's summit.

Lindsey Magnani, her fiance Elroy Rodrigues and their two children picked up masks for their family Thursday afternoon at Cooper Center in Volcano, Hawaii.

Magnani said both of her children — Kahele Rodrigues, 2, and Kayden Rodrigues, 3 months old — were doing OK, but her and her fiance had both been sneezing all day.

"This morning it smelled like sulfur so we had to close all the windows," Magnani said.

Most residents found only thin coatings of ash, if they saw any at all, as winds blew much of the 30,000-foot (9,100-meter) plume away from people.

"It was a grit, like a sand at the beach," said Joe Laceby, who lives in the town of Volcano a few miles to the northeast of Kilauea's summit. The ash was a bit of an irritant, he said, but "not too bad."

Laceby sealed windows and cracks in his home with cellophane wrap to keep out ash and volcanic gases. He has gas masks to protect himself from the toxic fumes and ash.

The explosion at Kilauea's summit came shortly after 4 a.m. Thursday following two weeks of volcanic activity that sent lava flows into neighborhoods and destroyed at least 26 homes. Scientists said the eruption was the most powerful in recent days, though it probably lasted only a few minutes.

Geologists have warned that the volcano could become even more violent, with increasing ash production and the potential that future blasts could hurl boulders the size of cows from the summit.

Winds kept the ash away from the Volcano Winery, tasting room manager Lani Delapenia said. A thin coating of white soot had blanketed tables and vines the day before, on Wednesday, but none wafted over the day of the 30,000-foot plume. The strength and direction of the wind makes all the difference, she said.

"The Volcano Village, and us at the winery, are doing well and we hope people still come and visit us and order wine because we are still pumping wine out," Delapenia said.

The vineyard also has a great view of the plume, she said.

Julia Neal, operator of Pahala Plantation Cottages about 28 miles (45 kilometers) southwest of the summit crater, said people have been picking up ash masks from county civil defense workers at the local community center. Some people working outside were wearing them. People with asthma were staying inside, she said.

The eruption reminded her of 2008, when Kilauea also had large summit eruptions and sent ash and gas over her community.

A light dusting fell Thursday, but the town had more ash a couple of days ago when people had to wash it off their cars, she said.

"People are renovating one of the historic buildings across the street. The school kids just stopped by. They're getting ready to graduate. Life is going on quite vibrantly here with people taking these precautions," she said.

The National Weather Service issued an ash advisory and then extended it through early evening, and county officials distributed ash masks to area residents. Several schools closed because of the risk of elevated levels of sulfur dioxide, a volcanic gas.

Dr. Josh Green, a state senator who represents part of the Big Island, said the immediate risk health risk comes from ash particles in the air. Anyone with respiratory difficulties, such as asthma or emphysema, should limit exposure to the ash, he said.

The Federal Aviation Administration extended a restriction on aircraft from entering the airspace up to 30,000 feet above sea level. The earlier limit was up to 10,000 feet (3,000 meters). The prohibition applies to a 5-mile (8-kilometer) radius around the crater.

Thursday's eruption did not affect the Big Island's two largest airports in Hilo and in Kailua-Kona.

The crater spewing ash sits within Hawaii Volcanoes National Park, which has been closed since May 11 as a safety precaution over risks of a violent eruption.

Scientists warned May 9 that a drop in the lava lake at the summit might create conditions for a large explosion. Geologists predicted such a blast would mostly release trapped steam from flash-heated groundwater. 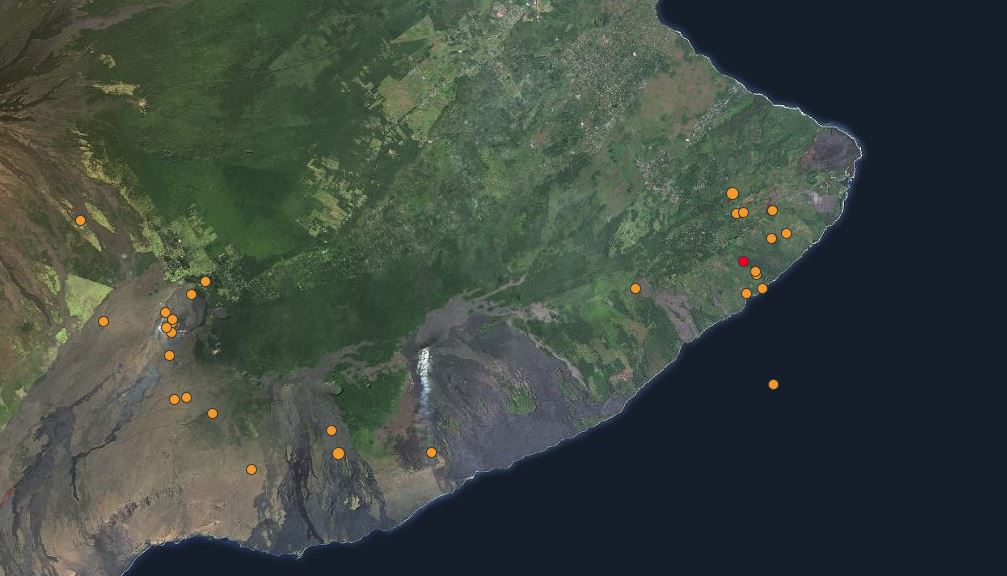 Kilauea has also been erupting lava into neighborhoods 25 miles (40 kilometers) to the east of the summit crater since May 3. It opened a new lava vent in the area — the 21st such fissure — on Thursday.

Kilauea, one of the world's most active volcanoes, has been erupting continuously since 1983. It's among the five volcanoes that form the Big Island, and it's the only one actively erupting. An eruption in 1924 killed one person and sent rocks, ash and dust into the air for 17 days.

Associated Press journalists Jennifer Kelleher and Audrey McAvoy in Honolulu, Becky Bohrer in Juneau, Alaska, and Seth Borenstein in Washington, D.C., and Alina Hartounian in Phoenix contributed to this report.