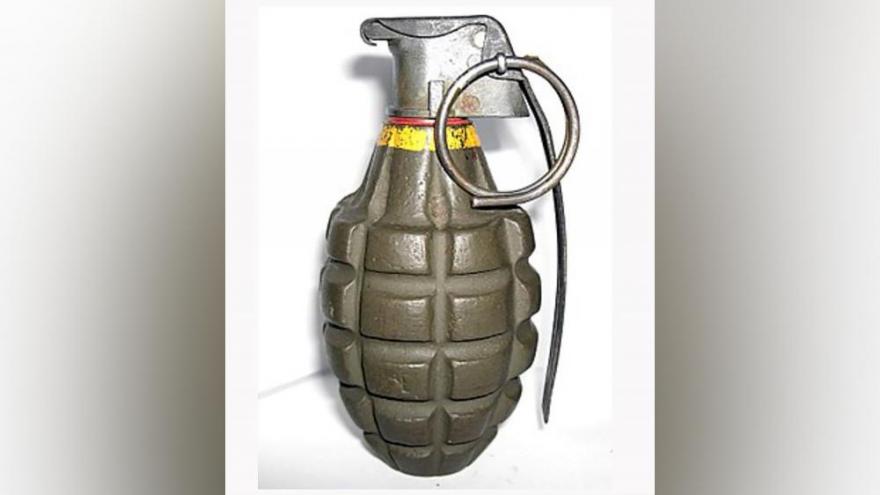 The ATF is asking for the public's help to recover any grenades that may have been purchased from Fancy Flea Antique Mall in Shallotte, North Carolina, because they may be live.

(CNN) -- A 12-year-old in Virginia was killed by an exploding grenade investigators believe was bought from an antique mall in North Carolina, and now authorities are warning others may have been sold and could be live.

The grenades were thought to be chemically inactive Mk 2 grenades, a style used during World War II, according to the Bureau of Alcohol, Tobacco, Firearms and Explosives (ATF).

The child was killed on December 23 by an exploding grenade that ATF believes was bought on June 13 from the Fancy Flea Antique Mall in Shallotte.

CNN has reached out to the antique mall but has not heard back.

When the grenade was sold, the agency said the vendor and buyer didn't believe the "grenades to be functioning or hazardous."

ATF asks others who may have bought a grenade from the same shop to contact them, out of concern that the "grenades purchased from the vendor may contain live explosives and could be hazardous to the public."

This wouldn't be the first time a grenade believed to be inert was found and proved to be live. In December 2019, also in North Carolina, a live grenade was found inside a donated dresser at the Habitat ReStore in Durham.

The volunteer who found it removed it from the building and law enforcement was called. No injuries were reported.