A 14-year-old left home to go to a local deli more than 20 days ago. She hasn't been seen since 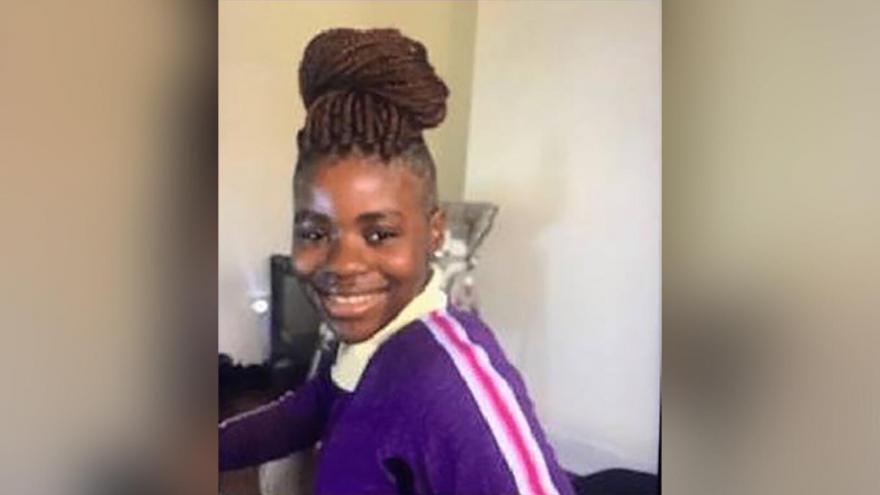 Jashyah Moore, 14, has been missing for 20 days after disappearing at local deli in New Jersey.

(CNN) -- A 14-year-old girl in New Jersey has been missing for more than 20 days after she walked to a local deli and never returned, officials said during a Friday press conference.

Jashyah Moore disappeared on the morning of October 14 while visiting a neighborhood deli close to her home in East Orange, Police Chief Phyllis Bindi told reporters. Surveillance footage from the deli shows a man paying for her items at the store, but they did not leave together. The man in the footage is cooperating fully with police, and there is no indication of foul play at this time, Bindi said.

Moore's mother pleaded for anyone who has any information on where the young girl is to share it immediately.

"Jashyah is a smart girl, I can't reiterate that enough," Jamie Moore said. "She would not stay out, she would not go out, go off with anyone."

The Essex County Sheriff's office, which is working in conjunction with East Orange Police, is offering a $10,000 reward for any information leading to Jashyah's location and safe return. The Federal Bureau of Investigations and the New Jersey State Police are also assisting with the case.

City officials asked the community for any help that can provide, calling it a community effort to get Jashyah home. Essex County Acting Prosecutor Theodore Stephens II also highlighted how important it is to keep talking about this case so it stays in the public eye.

"This reminds us that the lives of little Black and little brown girls is just as important as everybody else's lives," Stephens said. "And we know that Gabby Petito, which is a very, very notorious case that was constantly in the news did yield results and information. So we are hoping that today's effort will also bring some information so we can find young Jashyah."

Jashyah's mother described her as a homebody who loves playing video games and cooking. She is also best friends with her little brother, who she plays with constantly, she added.