A 33-year-old vet went to the VA for help. Hours later he took his own life. 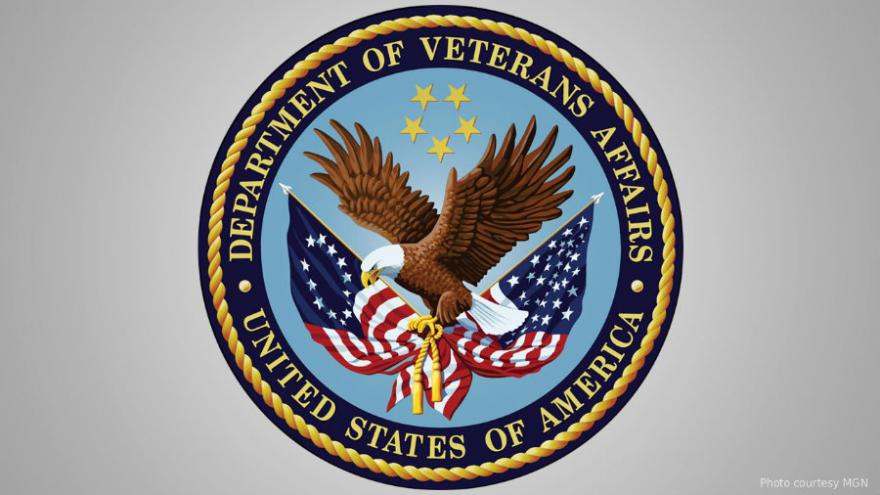 (CNN) -- Burdened by suicidal thoughts, Justin Miller, a 33-year-old veteran from Minnesota, reached out to the Department of Veterans Affairs in February for help, telling responders on the VA crisis line that he had access to firearms.

Miller was advised to visit his local VA emergency department, which he did immediately.

According to an inspector general report, Miller was admitted to the Minneapolis mental health unit after he described in detail symptoms of severe emotional anguish to VA clinicians.

After four days under observation, he was discharged.

Miller exited the hospital upon being released from care but never left the facility's grounds that day.

Police found him dead in his car from a self-inflicted gunshot wound less than 24 hours later.

With the permission of Miller's parents, Minnesota Democrat Rep. Tim Walz, the ranking member of the House Veterans Affairs Committee, shared this tragic story during a hearing on Capitol Hill on Thursday as lawmakers addressed the issue of suicide prevention among veterans and former service members.

"It is infuriating to know that there is a possibility that Justin's death could have been prevented. It should outrage us all that an entire health care system failed at something so serious and that it claimed to be their highest clinical priority," Walz said.

Investigators were unable to determine "that any one, or some combination, was a causal factor" in Miller's death, despite identifying several "deficits in care provided to the patient."

However, the investigation did find that staff members at the Minnesota medical center, including the suicide prevention coordinator, did not properly follow protocol while handling Miller's case and, according to Walz, failed to utilize the three-step REACH VET process, in which a clinician can assess a veteran's risk of suicide so that he or she receives the proper level of care.

"This is profoundly unacceptable," the Minnesota Democrat said about the inspector general's findings, which he called "deeply disturbing."

And that frustration was only compounded by the fact that this was not the first time the inspector general had investigated many of these shortcomings.

"The finding that the Minneapolis VA failed to sufficiently sustain relevant recommendations OIG made in 2012 should outrage us all," he said.

The Minneapolis VA Healthcare System did not immediately respond to CNN's request for comment.

The circumstances surrounding Miller's death, including his age and the use of a firearm, also seem to highlight two of the major issues related to veteran suicide, according to data outlined in a new report released by the VA on Wednesday.

The suicide rate among younger veterans who, like Miller, fall between the ages of 18 and 34, continues to increase, a VA analysis of suicide data from 2005 to 2016 reveals.

The use of firearms as a method of suicide also remains high, according to the data, as the percentage of suicide deaths that involved firearms rose from 67% in 2015 to 69.4% in 2016.

Although the overall number of suicides among veterans decreased slightly between 2015 and 2016, the VA is bracing for an increase over the next five years as thousands of Vietnam veterans enter mid-60s, joining what is already the largest age group.

Additionally, VA officials acknowledged that the average daily number of veterans who take their own lives has held steady for years despite efforts to combat the problem.

"In 2016, about 20 current or former service members died by suicide each day. Of these, six had been in recent VA health care and 14 had not," VA spokesman Curtis Cashour told CNN, explaining that Wednesday's suicide prevention report defines veterans "as those who had been activated for federal military service and were not currently serving at the time of their death."

This report "simply reiterates what many of us have known for a long time: that our fight to end the tragic epidemic of veteran suicide is far from over," Walz said in a statement.

"We must continue to work together to provide veterans with immediate access to quality, culturally competent mental healthcare and make bipartisan progress toward eliminating veteran suicide entirely," he said.

VA officials have said they would prefer to move away from using the per-day metric as an indicator of suicide rates, arguing that it does not account for changes in population size and can be misleading.

But for now, lawmakers and department officials seem to believe that number appropriately underscores the severity of the issue.

"Most of us have heard VA's staggering and heartbreaking statistic that every day, twenty veterans end their own lives. Twenty," Republican Rep. Phil Roe, chairman of the House Committee on Veterans' Affairs, said during Thursday's hearing ahead of testimony from several suicide prevention experts.

"We also know that over the past several years VA has invested significant resources towards addressing that number which stubbornly has not changed ... We have the expertise. We have the support of the President. We can and must reduce suicide among veterans. There is no excuse not to," he said.

President Donald Trump's recently confirmed VA Secretary Robert Wilkie told Senate lawmakers Wednesday that suicide prevention is a top priority for the department under his leadership and noted that the VA published "a comprehensive national Veteran suicide prevention strategy that encompasses a broad range of bundled prevention activities to support the Veterans who receive care in the VA health care system as well as those who do not come to us for care."

He also highlighted the executive order signed by Trump in January intended to assist service members and veterans during their transition from uniformed service to civilian life, "focusing on the first 12 months after separation from service, a critical period marked by a high risk for suicide."

But despite a new budget of more than $200 billion, some critics argue that the VA continues to spend its money in the wrong ways.

"Senior leaders like awareness campaigns and spend millions of dollars on them. They make a big splash in the media. It is measurable in how many outputs -- "views" or "hits" websites or social media pages get --- but does not generate outcomes," according to Jacqueline Garrick of the Whistleblowers for America.

"These campaigns do not work because they cannot change behavior," she said in a statement to Congressional lawmakers.

Rajeev Ramchand, a suicide prevention expert at the Rand Corp., told CNN that "while it may make people feel good, there is very little evidence that public awareness campaigns have a significant impact on suicide rates.

"We do have evidence that public screening at emergency departments can reduce future suicide attempts," he said.

However, he did note that areas with less evidence "should not be ignored as a comprehensive view of veteran suicide prevention requires a thorough understanding of the environment where those events are occurring."

In addition to developing and addressing the limitations around analytical tools like REACH VET, Ramchand told CNN that there are also a lot of things that "we know work," including initiatives that promote screening patients at emergency departments and then identifying those who are high-risk so that they receive the appropriate care.

"Promoting quality evidence-based care ... we know these things work, so let's get people to do them and do them more systematic way," he said.

In a written statement submitted to Congress, Garrick also said that her organization has been contacted by several VA employees who shared troubling accounts of workplace dysfunction that are having a direct impact of the quality of care provided and seem to undermine the programs currently in place.

"At one VA medical center, a suicide prevention coordinator reported that they do not have time to complete suicide assessments or write prevention plans with every veteran who potentially needs one because of the case load and its complexity," Garrick said.

"She had 35 patients at one time. Administrators directed to note patients as 'moderate risk' for suicide so as not to raise red flags in the system. When a veteran died by suicide on VA property, her supervisor refused to conduct a root cause analysis because that would be too time consuming," she added.

According to Garrick, this VA employee asked to remain anonymous due to fear of retaliation for speaking out.

CNN has independently contacted the employee and agreed withhold their name and place of work at the request of the individual.

When asked for comment about the broader issue raised in the whistleblower statement, VA spokesman Curtis Cashour would only say: "VA asked CNN for specific details regarding these allegations so the department could look into them, and CNN could not provide them."

"CNN's publishing of such vague allegations without any details that would allow the department to investigate them is highly irresponsible because it does nothing to help fix any issues that may exist and could actually discourage Veterans from seeking VA care," Cashour said.

Griffin Anderson, a spokesman for the Democrats on the House Veterans Affairs Committee, told CNN that lawmakers take the allegations in the Whistleblowers of America report seriously and that the statement "certainly alludes to an alarming and unacceptable trend that we are going to look into."

While the committee has not received a formal complaint pertaining to this specific allegation, Anderson said that lawmakers would work with the suicide coordinator in question to pursue an OIG investigation should they come forward.