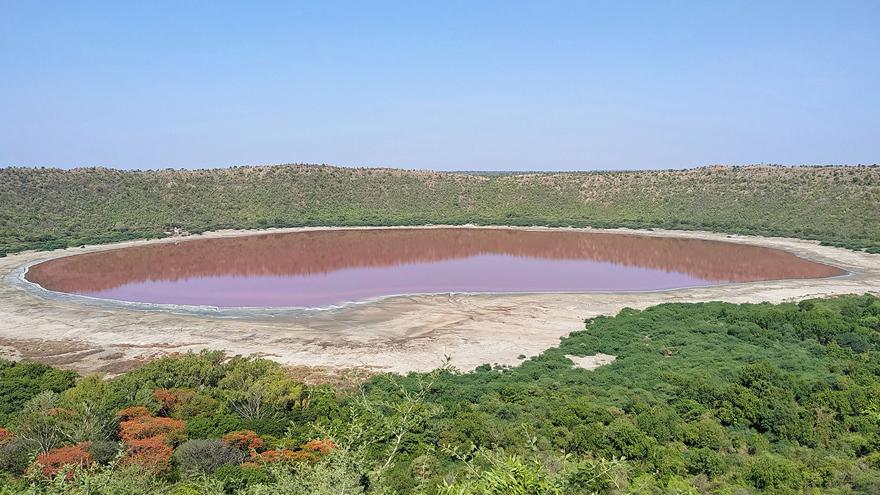 By Rishi Iyengar and Sugam Pokharel, CNN(CNN) -- What caused the lake to turn pink?

That was the question on people's minds across India after Lonar Lake in the state of Maharashtra suddenly changed hues in recent days.

Experts believe that the change is likely due to either increased salinity in the water, the presence of algae or a combination of both -- like parts of Utah's Great Salt Lake or Lake Hillier in Australia.

Gajanan Kharat, a local geologist, said in a video posted to Maharashtra Tourism's Twitter feed, that this has happened before, but was not as prominent.

Kharat said that researchers are also investigating if the presence of red algae caused the color change.

Samples are being sent to several labs, he said, and "once they have studied it we will be able to definitively say why the lake's water has turned red."

The lake, which is located about 500 kilometers (311 miles) east of Mumbai, formed after a meteorite hit the Earth some 50,000 years ago, according to CNN affiliate CNN News 18. It's a popular tourist attraction and has been studied by scientists across the globe, CNN News 18 reported.