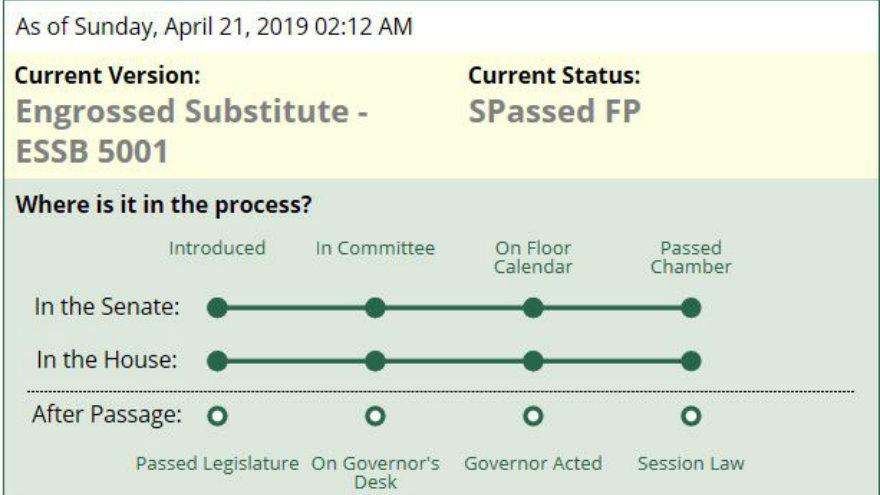 (CNN) -- Lawmakers in Washington state passed a bill Friday that would allow human remains to be composted.

Right now, if a person dies in Washington, the body can only be cremated or buried, according to the bill's sponsor, state Sen. Jamie Pedersen. The bill gives people a third option for disposing of human remains: recomposition.

The process of recomposition essentially turns dead bodies into soil, a practice colloquially known as "human composting." According to the bill's language, this is the practice of "contained, accelerated conversion of human remains to soil."

"It's about time we apply some technology, allow some technology, to be applied to this universal human experience both because we think that people should have the freedom to determine for themselves how they'd like their body to be disposed of and also because we have learned over time that there are some more environmentally friendly and safe ways of disposing of human remains," Pedersen said in February.

Katrina Spade is the CEO of the human composting company, Recompose, and told CNN affiliate KIRO-TV she is hoping her company can be one of the first to build a facility for the practice.

She explained to KIRO the complex process of turning a dead body into soil.

"(The) body is covered in natural materials, like straw or wood chips, and over the course of about three to seven weeks, thanks to microbial activity, it breaks down into soil," she said.

While the dead body is being broken down, Spade said families of the deceased will be able to visit her facility and will ultimately receive the soil that remains of their loved. It is up to the family how they want to use that soil, Spade said.

"And if they don't want that soil, we'll partner with local conservation groups around the Puget Sound region so that that soil will be used to nourish the land here in the state," she said.

The process was the focus of a new study at Washington State University, according to KIRO, in which six people donated their bodies for research.

"We proved recomposition was indeed safe and effective for humans as well," Spade said.

One supporter for human composting, Leslie Christian, told KIRO it's an attractive from an environmental perspective. She said she told her brother, who reportedly said, "Oh great, you can plant tomatoes in me."