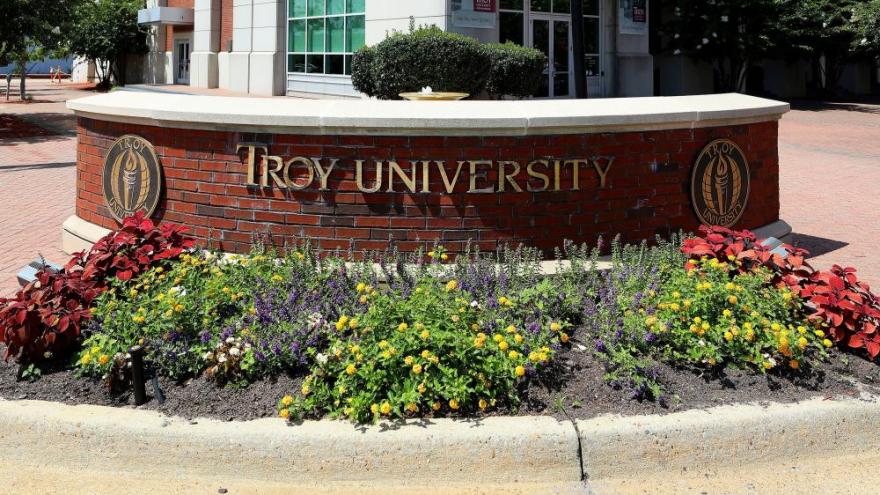 Troy University is renaming a building after the late congressman John Lewis.

(CNN) -- A building at Troy University in Alabama once named for a former governor who was also a Ku Klux Klan leader has been renamed after the late congressman John Lewis.

The university announced on Wednesday that its board of trustees voted to rename Bibb Graves Hall after Lewis and, effective immediately, the building will now be known as John Robert Lewis Hall.

David Bibb Graves, the governor of Alabama from 1927 to 1931, was the Grand Cyclops of the Montgomery chapter of the Ku Klux Klan when he took office, according to the state's department of archives and history.

"We are honored that Troy University Board of Trustees and Dr. Jack Hawkins, Jr. saw it fit to rename one of its signature buildings John Robert Lewis Hall," the Lewis family said in a statement. "We are so proud of this distinction."

Lewis was given an honorary doctorate by Troy University in 1989, and he was awarded the Hall-Waters Prize in 2006 for his memoir "Walking with the Wind." The Hall-Waters Prize is given to people "who have made significant contributions to Southern heritage and culture in history, literature or the arts," according to the university.

"John Lewis is a towering figure in American history, whose leadership and advocacy for non-violent change have left a lasting legacy for us all," said Chancellor Dr. Jack Hawkins Jr.

"Although Rep. Lewis once sought admission to then Troy State College as a young man and was sadly ignored, I am pleased to say that he became a friend to the University. He visited our campuses several times and was a profound influence on many of us. I am grateful to the Board of Trustees for choosing to honor this Pike County native with this name change."

Lewis, a longtime civil rights activist, was one of the "Big Six" leaders of the civil rights movement and helped organize the March on Washington in 1963 alongside the Rev. Martin Luther King Jr. He served as the US representative for Georgia's 5th Congressional District for more than three decades.

Lewis announced in December 2019 that he had been diagnosed with stage 4 pancreatic cancer, and he died July 17 at the age of 80 after a six-month battle with the disease. Lewis was laid to rest in the US Capitol Rotunda, and he is the first Black lawmaker to lay there, according to congressional historians.

The university will soon announce plans for a ceremony to dedicate John Robert Lewis Hall.