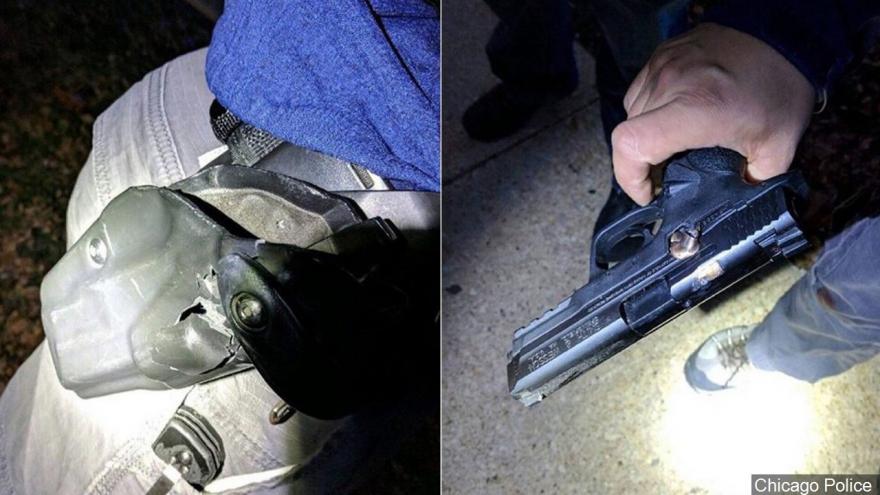 (CNN) -- A triple slaying at a Chicago hospital might have been worse if not for a police officer's fortuitously placed gun and holster.

"He wasn't actually struck in his body physically, but his holster was struck," Johnson said.

Images provided by a police source to CNN affiliate WGN show a bullet-size hole in the holster that rested on the officer's right hip. A bullet can be seen smashed into the right side of the gun just above the trigger.

In all, a police officer, a doctor and a pharmacy resident were killed in the shooting at Chicago's Mercy Hospital, Mayor Rahm Emanuel said. The gunman is also dead, although it was unclear whether he died by police gunfire or a self-inflicted wound, Johnson said.

Officials said the shooting was matter of domestic violence, and the gunman had had a relationship with one of the victims, a 38-year-old emergency room physician named Tamara O'Neal. Police Officer Samuel Jimenez was also killed as well as Dayna Less, a first-year pharmacy resident at the hospital.

Johnson praised Jimenez and other officers who rushed toward the gunfire Monday and helped prevent further disaster.