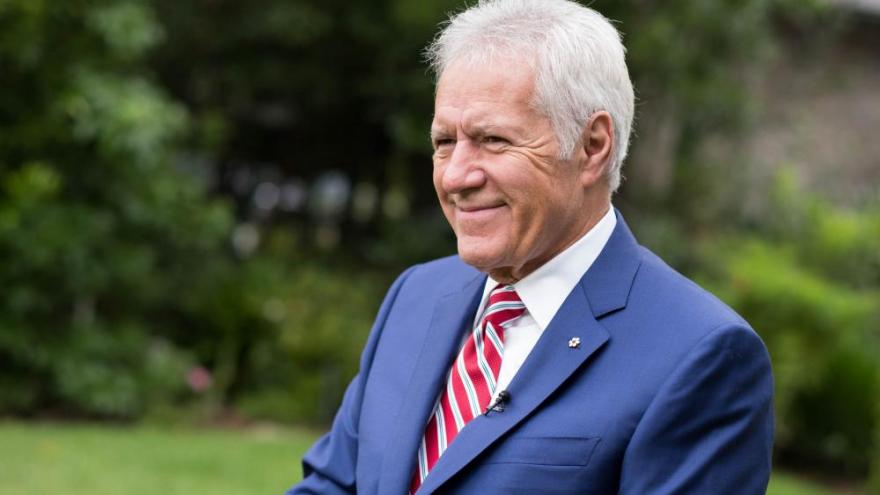 A skating rink in Los Angeles set to be converted into a homeless shelter will bear the name of the late Alex Trebek, the famed host of "Jeopardy!" Alex Trebek, pictured here in 2017, died last year.

(CNN) -- A skating rink in Los Angeles set to be converted into a homeless shelter will bear the name of the late Alex Trebek, the famed host of "Jeopardy!"

Trebek, who hosted the popular game show for more than three decades, made a donation to the California-based Hope of the Valley Rescue Mission back in November, when the organization was attempting to purchase the closed Skateland rink, CNN affiliate KCAL reported.

At the time, the non-profit, which works against poverty and homelessness, wanted to turn the building into a housing facility for those in need.

On Thursday, Hope of the Valley unveiled the building as the Trebek Center, set to hold 107 beds, in honor of Trebek, who died last year.

"I know how proud Alex was of their mission," said Jean Trebek, the host's wife, at the unveiling, KCAL reported. "He was so deeply grateful to be a part of the solution, to always lend a helping hand by offering both hope and practical assistance to those in need."

CNN reached out to Hope of the Valley for comment, but did not receive a response.

The Skateland rink, a staple in the San Fernando Valley for 60 years, closed in 2020 due to the Covid-19 pandemic. The 23,000-square-foot building will undergo a $6 million renovation before it officially opens as a shelter, KCAL reported.

Throughout his life, Trebek was dedicated to supporting a myriad of causes. In 2011, he and his wife formed the Trebek Family Foundation to better support charities. He also has been a supporter of Hope of the Valley.

"Once you form a charitable foundation it becomes easier to give," Trebek told the Washingtonian a year later. "It's brought about a nice change."

Trebek was diagnosed with stage 4 pancreatic cancer in 2019 and died last November at the age of 80.