A college player dies in a car crash, three days after playing in the NCAA men's basketball tournament 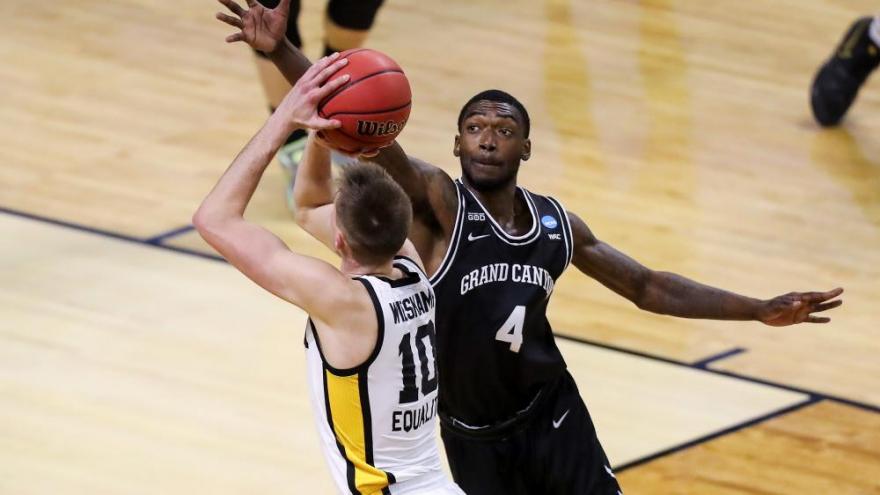 Grand Canyon, seeded 15th in the NCAA tournament, lost to No. 2 seed Iowa in the round of 64 on Saturday in Indianapolis, Indiana. Frayer scored eight points in his final game. This was Grand Canyon's first men's NCAA tournament appearance.

After the game, Frayer tweeted, "I bleed purple FOREVER!!!! THANK YOU LOPE NATION for the last 5 years..it's been nothing less than amazing..from President Mueller, to our coaching staff, to my brothers who I compete with everyday..it's love FOREVER. 4 Gone"

His dad died in a car accident

A redshirt senior from Oakland, California, Frayer was the son of Oscar Frayer and Bionca Sparrow. The elder Oscar Frayer died in a car accident when young Oscar was 7, according to a story on the athletics department website.

Frayer graduated from Moreau Catholic High School in Hayward, California. After logging a career-high 30 starts as a junior, Frayer was academically ineligible in the 2019-2020 season. But he had the opportunity to return for the Lopes to play one final season, starting 24 games, and graduating with a degree in communications. He was to walk at commencement next month.

"We love O," Grand Canyon head coach Bryce Drew said. "He was the heartbeat of our team with his vibrant, energetic personality. I cannot put into words the hurt and sadness we all feel, but we know he is in heaven and that gives us great joy to know we will be together again."