A company just grew meat in space for the first time 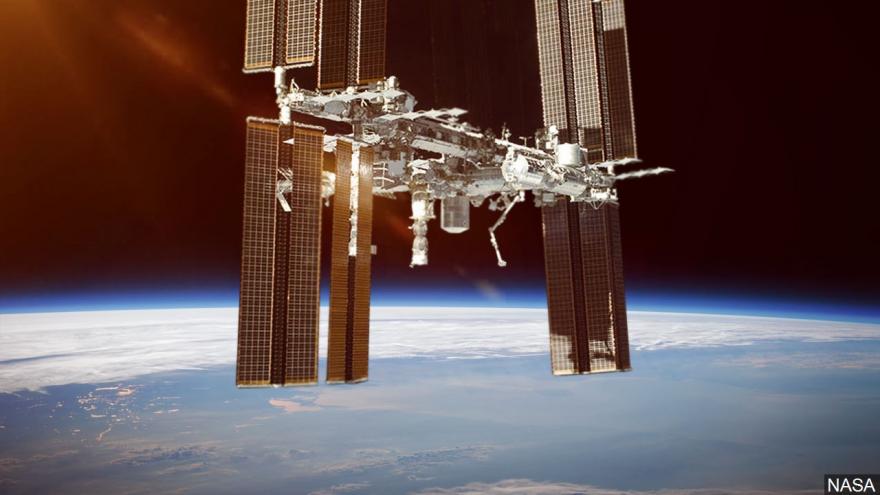 (CNN) -- You may one day be able to eat burgers grown in space.

Aleph Farms, an Israeli food company that engineers beef steaks from cow cells, announced Monday it had successfully grown meat on the International Space Station for the first time -- a step forward in the company's goal to create slaughter-free eco-friendly meat.

Here's how it works: researchers take cells from a cow, give them nutrients, and put them in an environment mimicking the inside of a cow's body. The cells then multiply and grow connective muscle tissue -- eventually becoming a full-sized steak.

Aleph Farms collaborated with a Russian bio-printing company to successfully carry out the process on September 26. They assembled "a small-scale muscle tissue in a 3D bio-printer developed by 3D Bioprinting Solutions, under micro-gravity conditions," Aleph Farms said in a press release.

"This cutting-edge research in some of the most extreme environments imaginable, serves as an essential growth indicator of sustainable food production methods that don't exacerbate land waste, water waste, and pollution," the release said.

The space-grown meat could help feed astronauts during long-term manned space missions, as well as address food insecurity among a booming population down on Earth, according to a statement from 3D Bioprinting Solutions.

Aleph Farms' products aren't commercially available yet -- but they will likely be ready for the market in three or four years, according to the company.

Didier Toubia, CEO of Aleph Farms, told CNN in August that the factory farming industry had "lost the connection with the animal," and that growing slaughter-free steaks was a better alternative to using cows "as mere machines to produce steaks."

Not only is this process more humane, but it's also better for the environment, the company says -- one of its aims is to make meat with a minimal environmental footprint.

Beef production uses up a lot of land and resources. Cows grow and reproduce slower than pigs and poultry, so they eat a lot more and need more land and water.

Beef alone is responsible for 41% of livestock greenhouse gas emissions, and that livestock accounts for 14.5% of total global emissions, according to the United Nations. That's more than direct emissions from the transportation sector.

"In space, we don't have 10,000 or 15,000 liters (3962.58 gallons) of water available to produce one kilogram (2.205 pounds) of beef," said Toubia in the Monday press release. "This joint experiment marks a significant first step toward achieving our vision to ensure food security for generations to come, while preserving our natural resources."

These efforts come as the global climate crisis and population boom continue to grow. A World Resources Institute report in July found that Americans will need to cut their average consumption of beef by about 40% and Europeans by 22%, for the world to continue to feed the 10 billion people expected to live on this planet in 2050.

In the face of these looming environmental dangers and rising food demand, many companies are trying to find solutions. Aleph Farms has competition -- Mosa Meats in the Netherlands and Memphis Meats in the US are also racing to develop in vitro or "clean" meat.

Plant-based protein brands like Impossible Foods and Beyond Meat have also exploded onto the food scene in recent years. Their meatless burgers have spread to Burger King, McDonald's, Tim Horton's, and even to grocery stores across the US.