A critically endangered gorilla is about to be a mom, and she's using a doll for practice 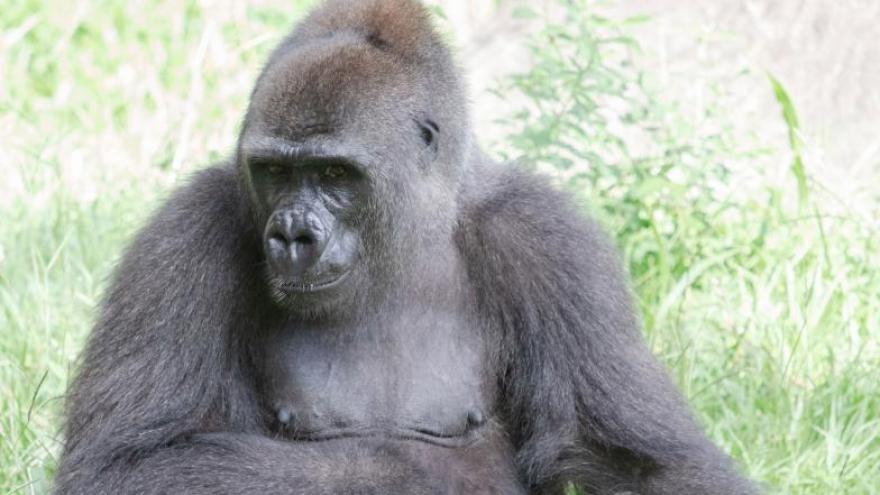 Tumani, a western lowland gorilla at the Audubon Zoo in New Orleans, is pregnant.

(CNN) -- A New Orleans zoo is preparing for a special new addition: a baby gorilla.

One of the Audubon Zoo's critically endangered western lowland gorillas, 13-year-old Tumani, is expecting a baby, a zoo spokesperson said.

It will be the first gorilla to be born at the zoo in 24 years.

That means a lot of preparation, not just for Tumani and zoo staff but also the rest of the gorilla troop, which isn't used to having an infant around.

"The animal care team is working with Tumani to give her additional tools in her tool belt to aid her after birth should she have difficulties with lactation, positioning of the infant, etc.," zoo curator Liz Wilson told CNN.

"Her relationship with the animal care team is crucial for success," Wilson said. "We work diligently to have the environment be nurturing and comfortable. We are essentially the nursing and coaching team that we experience as new parents."

To teach her these essential skills, the team has given Tumani a gorilla baby doll that she picks up and positions as if it were her own infant. The doll, made from canvas firehose tubing, has similar proportions and the weight of a newborn gorilla -- about 4 pounds.

Alafia, another western lowland gorilla at the zoo, is receiving daily training to prepare her in case she needs to help Tumani care for the infant or act as a foster mother.

Along with Tumani and Alafia, the troop includes Okpara, a 26-year-old silverback gorilla, the father of the expected baby gorilla, and Praline, the last gorilla infant born at the Audubon Zoo, in 1996. Okpara is also receiving similar training in case the infant chooses him to be the surrogate.

The birth of a baby also symbolizes a hopeful sign for the future of western lowland gorillas, which have been assessed by the International Union for Conservation of Nature as critically endangered, Wilson said.

Along with maternal training, Tumani is receiving ultrasounds and daily fetal heartbeat monitoring. The baby is expected to be born between July 15 and August 20.