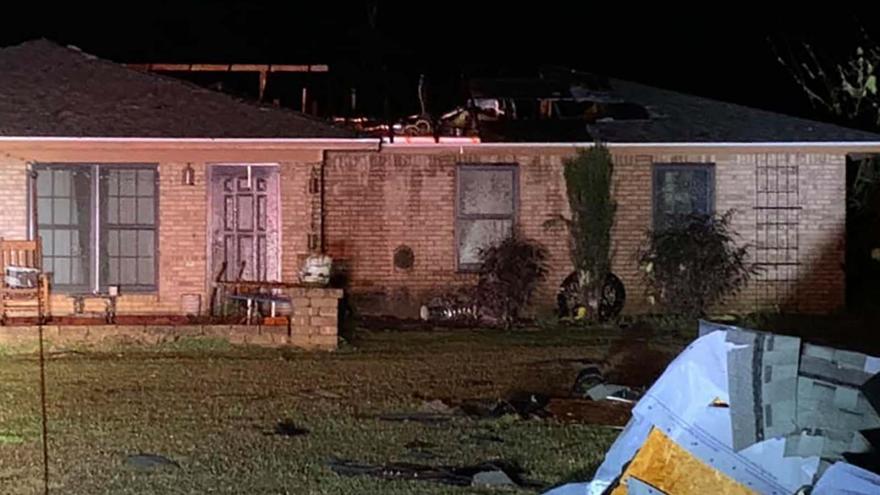 (CNN) -- From the Gulf Coast to New England, brutal winter weather has already killed one person and could hammer millions with ice, torrential rain and more tornadoes.

He said the small tornado briefly touched down around 2:15 a.m. and destroyed two mobile homes in Marengo County.

"Tornado damage in Jasper County. Numerous trees down. PLEASE stay off the roads!!!!" the department said.

Tornado watches continue Thursday in parts of the Florida Panhandle, Alabama and Georgia.

Across the Southeast, millions of people are also under a flash flood warning as a lengthy band of torrential rain marches east.

And in the Northeast, "snow is pounding New England along with ice, bringing dangerous travel," Hennen said.

This nasty mix of winter weather is caused by a storm that's engulfing much of the eastern United States.

"The winter storm will shift north along the Appalachians Thursday," the National Weather Service said.

"Snow and ice is expected north and west of the storm track. Severe (thunderstorms) will again bring a risk of damaging winds and tornadoes in the Southeast while heavy rainfall poses a risk for flooding for the E. Coast."

The storm's colder drier air will clash with warm moist air across the East through the end of this week.

This clash will lead to a swath of snow from Texas to New England and sleet from the Midwest to the mid-Atlantic.