A driver tried to jump a bridge opening in his car. Now two people are dead 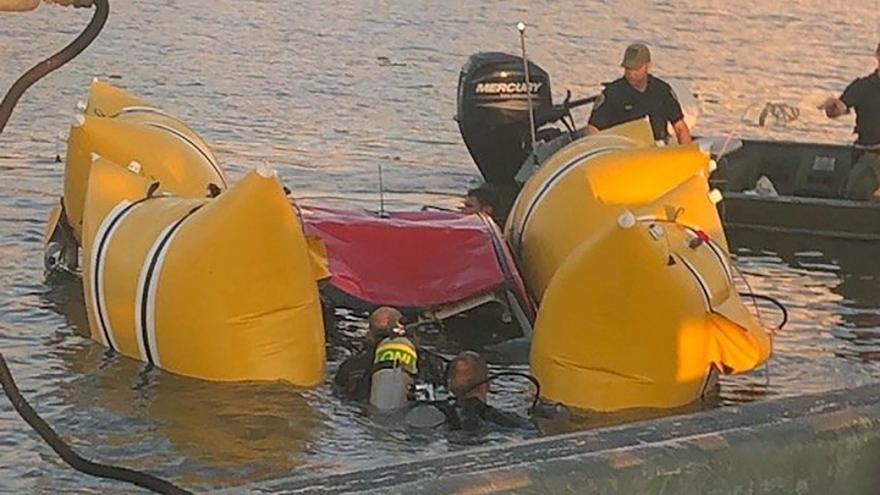 The car was raised to the surface by state police.

(CNN) -- Two men died early Friday when a driver tried to jump a car over an opening created by a pontoon swing bridge in southwestern Louisiana, state police said on Facebook.

According to the post, shortly before 2 a.m. CT, Louisiana State Police responded to a single-vehicle crash in the water at the Black Bayou Bridge on Louisiana Highway 384 near Lake Charles.

Two men from Texas died in the crash.

A witness told police that the driver of a 2016 Chevrolet Cruze stopped at the bridge, which was closed to vehicular traffic as a boat passed on the Intracoastal Waterway. The 165-foot section of the bridge on pontoons had been moved to allow the ship to pass.

The car passenger got out and pushed up a gate arm to allow the driver to continue. The driver picked up the passenger and went up to a section of the bridge that is raised as boats pass.

The driver put the car in reverse, stopped then raced up the ramp but the car landed in the water. It sank to the bottom with the driver, 23-year-old Alejandro Cazares of McAllen, Texas, in it. The other man -- 32-year-old Roberto Alejandro Moreno of Edinburg, Texas -- got out of the car but died in the river.

Investigators are working to determine whether alcohol or drugs were a factor.