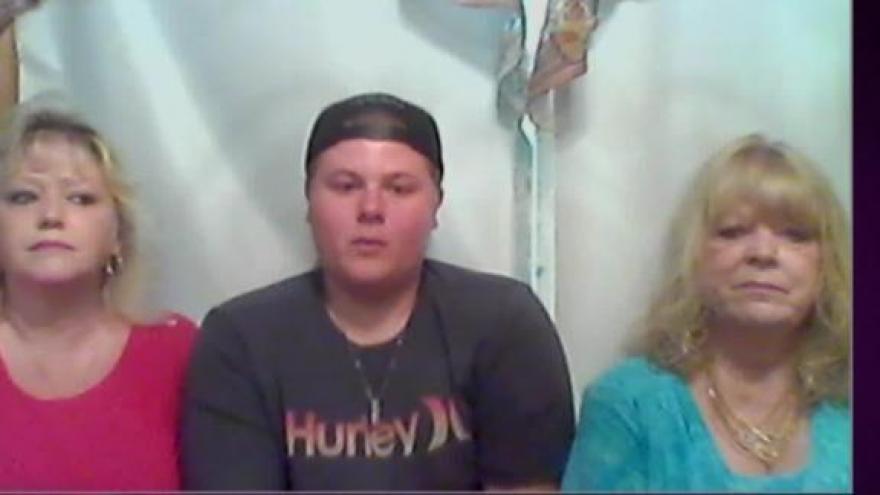 A Rhode Island family is still mourning the deaths of a father and son who both died of Covid-19 -- about an hour apart.

(CNN) -- A Rhode Island family is still mourning the deaths of a father and son who both died of Covid-19 -- about an hour apart.

"We're having a very difficult time dealing with both loses," Ron's wife, Dianne Remillard, told CNN's Anderson Cooper on Tuesday in a video interview from Woonsocket.

Dan got sick first, his sister, Cindy Archambault, said. His wife worked in a nursing home, in the Covid unit, and "she tested positive one day."

Ron was in a nursing home and had dementia, Remillard said, and he kept forgetting that Dan was sick and in the hospital.

Dan had been hospitalized for five weeks when his father was admitted to a different hospital. He wasn't aware that his father had the disease, too, Remillard said.

Ron survived the Vietnam War, and Dan survived a motorcycle accident, Archambault said, only to be killed by a virus -- "something I can't see," Remillard told Cooper.

"We've felt this firsthand and we don't want anybody else to have to go through what we're going through," Archambault said. "It's devastating and it hurts."

Everyone loved her son, Remillard said, and more than 100 people joined a video call to say their goodbyes to him.

"My husband is the one that really taught him all those values, and I admire him for that," she said. "We had such a great family."

It was while friends and family were on that call that they learned Ron had just passed away, Remillard said.

"When I received the phone call, we were still on Zoom," Archambault said, visibly grief-stricken. "So I just went on and said" to Dan, "'go with Daddy. Daddy's waiting for you.'"

"They were best friends in life, you know, so it's just fitting that they left together."