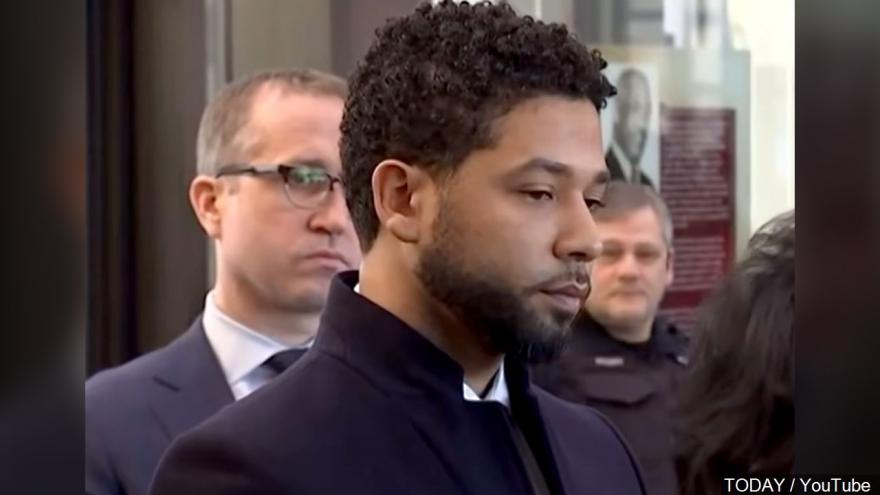 (CNN) -- A federal judge refused to dismiss a lawsuit filed by the City of Chicago against actor Jussie Smollett, court documents show.

A legal battle is being fought in federal court as Chicago seeks to recover more than $130,000 to cover police overtime during the investigation of Smollett's report of a hate crime attack in January. The actor has refused for months to pay the city and his attorneys have said he "will not be intimidated into paying."

Attorneys for the former "Empire" actor filed a motion to throw out the lawsuit, saying that filing a report does not typically result such in such an extensive investigation. They also said Smollett could have not been aware of how much time and money police would spend investigating his allegations, court documents said.

Smollett, who is gay and black, claimed earlier this year to have been the target of a hate crime. After police investigated the case for weeks, they said investigators believed Smollett staged the attack to bolster his profile and career.

Tuesday, US District Judge Virginia Kendall denied Smollett's request to dismiss the lawsuit, allowing the case to proceed to the discovery phase.

William J. Quinlan, an attorney representing Smollett, said Tuesday the court's decision was not surprising and that his client expects to be "vindicated" once he shares his side of the story.

"Mr. Smollett has always maintained his innocence and is eager to have the complete facts of the case come out. He looks forward to taking depositions and otherwise bringing to light many of the facts that have been overlooked in the court of public opinion to date. Mr. Smollett is confident that once the full story is available he will be vindicated," Quinlan said.

Chicago's Department of Law filed the lawsuit in state court in April but the case was later moved to federal court.

Charges against Smollett were dropped

Chicago Police Superintendent Eddie Johnson said Smollett paid two brothers $3,500 to stage the attack and take "advantage of the pain and anger of racism to promote his career."

The brothers, Olabinjo and Abimbola Osundairo, were cleared when prosecutors announced Smollett had orchestrated a hoax.

Dan Webb, a former US Attorney, was appointed by Judge Michael Toomin in August and has been given the authority to pursue charges for any crime he believes was committed in the course of the investigation.