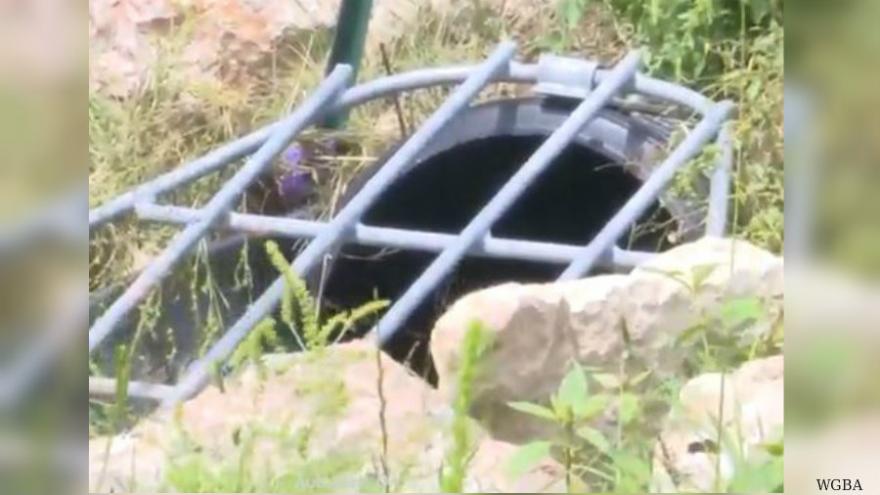 (CNN) -- Crews desperately searched for a Wisconsin boy after a powerful storm drenched his small community and sucked him into a drainage ditch.

The hunt seemed to be going nowhere until a rescuer noticed one of the boy's fingers poking through a manhole cover.

The 11-year-old had been playing in a drainage ditch with some friends Tuesday in Harrison, Wisconsin, when he was swept under the water and didn't resurface, the Calumet County Sheriff's Office said.

His friends quickly ran to get help, but floodwaters kept rising. By the time emergency crews and law enforcement arrived, officials said, a nearby road was already flooded under 3 feet of water.

For about 45 minutes, crews searched nearby ponds and ditches, but they didn't see the boy anywhere, officials said.

As water began to recede, a firefighter noticed the finger sticking out of the manhole cover in the middle of a dirt road.

"I looked down, and I (saw) the boy's finger come up through the hole," Harrison Fire Rescue Deputy Fire Chief Wesley Pompa told CNN affiliate WFRV in Green Bay. "We instantly dropped down to our knees to start prying the cover open."

Pompa, who's been a firefighter for 15 years, said he has never become emotional during a rescue until he helped save this boy, according to CNN affiliate WGBA in Green Bay.

The child was able to survive by clinging to a rung when he found an air pocket in the manhole area. Another firefighter told WFRV the rescue was a miracle.

The boy was conscious and alert, officials said, when he was taken to a local hospital with his parents. Officials didn't release the name of the boy.

He was found about 30 feet away from the ditch where he initially disappeared, the sheriff's office said.