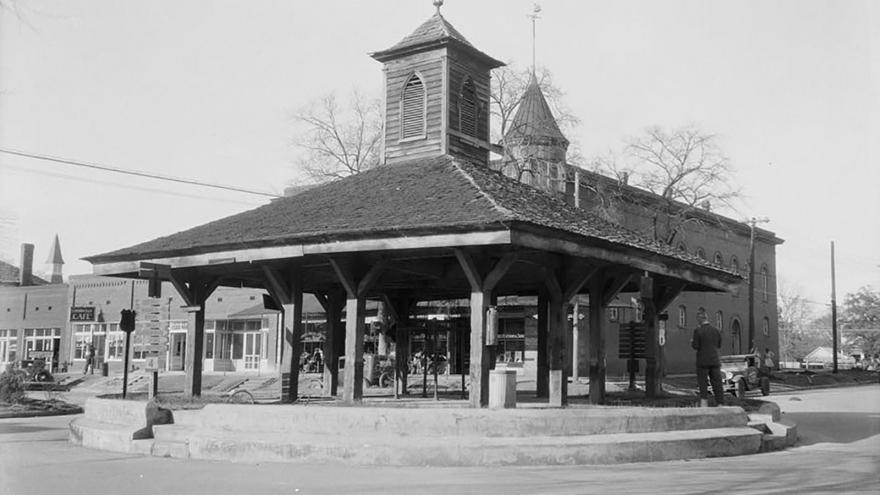 The Old Market House is a registered historical building that has been in Louisville since 1795.

(CNN) -- A small town in Georgia has voted to move a former slave market out of the center of town.

Louisville, located about 45 miles southwest of Augusta, was the first capital of the state and has been home of the Old Market House since 1795. The structure was a former slave market and sits in the middle of downtown.

The city establishes a committee to determine the future

The city established a 14-member advisory committee for the Market House in July to help decide the future of the structure in July. Advisory committee member Lillian Easterlin, executive administrative director of Jefferson County, told CNN that at the time, there were two main options on the table: to relocate or to leave it.

"The committee's recommendation was to relocate the Market House within Louisville," Easterlin said.

The Old Market House is the only one of its kind in Georgia, and one of the few in the country. It is listed on the National Register of Historic Places, according to Georgia historical archives.

On Tuesday, the Louisville City Council voted to accept the committee's relocation recommendation, though now additional questions have come into play, including where it will be moved and what will replace it, as well as legal ramifications.

"Since our last committee meeting, issues concerning legal right-of-way have been posed; and state Sen. Jesse Stone requested the State's Attorney General to offer an opinion on the legality of moving this historic structure," Easterlin said.

Plans for relocation are in the works

If all legal issues clear, members of the community are working to establish a museum where the Market House could be permanently displayed.

"I just want for everyone to come together. I want for downtown to be a place that everyone loves and right now it's not ... We have this platform and now is the perfect time to use it," Nikki Tarver, another member the advisory committee, told WJBF.

The City of Louisville confirmed to CNN that there were no definite plans in place for the structure as of yet.