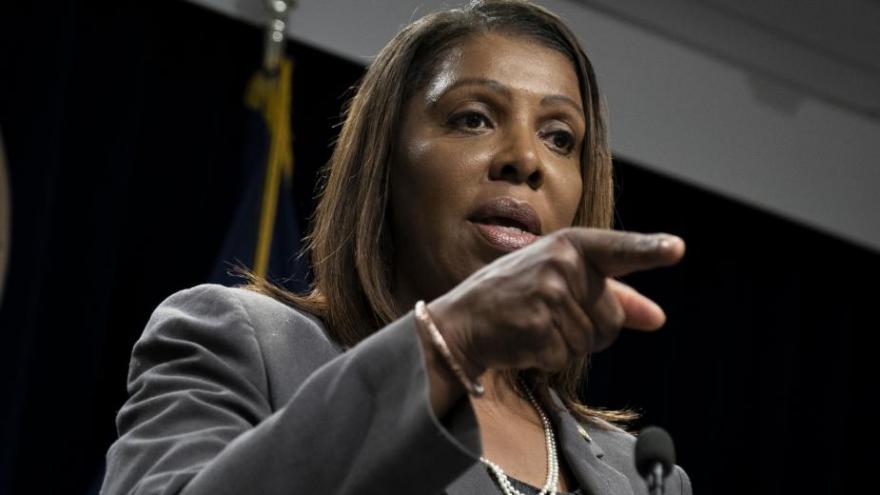 New York Attorney General Letitia James announced that she's forming a grand jury to investigate the death of Daniel Prude, who was pinned on the ground with a spit sock on his head.

(CNN) -- New York Attorney General Letitia James announced Saturday that she's forming a grand jury to investigate the death of Daniel Prude, who was pinned on the ground with a spit sock on his head.

"The Prude family and the Rochester community have been through great pain and anguish. My office will immediately move to empanel a grand jury as part of our exhaustive investigation into this matter," James said in a statement.

Prude died in Rochester, New York, in March following an encounter with police, but protests began earlier this week after police dash and bodycam videos of the incident were made public by attorneys representing Prude's family.

The videos show officers holding Prude on the ground with a spit sock on his head. Prude stopped breathing and was declared brain-dead at a hospital, where he died a week later.

The family said Prude was having a mental health episode and was under the influence of drugs early in the morning of March 23. His brother then called police for help.

New York Gov. Andrew Cuomo praised the decision to empanel a grand jury, saying he had called for the investigation to be expedited earlier this week.

"Today, I applaud Attorney General Tish James for taking swift, decisive action in empaneling a grand jury -- justice delayed is justice denied and the people of New York deserve the truth," the governor said in a statement.

Warren thanked the attorney general in a statement Saturday and asked the community to allow the "process to go forth on behalf of the Prude family."

Monroe County Executive Adam Bello said Saturday that the grand jury process is an important first step toward getting answers.

"Daniel Prude's life mattered and the tragic circumstance surrounding his death has caused enormous pain for our community. We have all been left with too many questions and not enough answers," Bello tweeted.