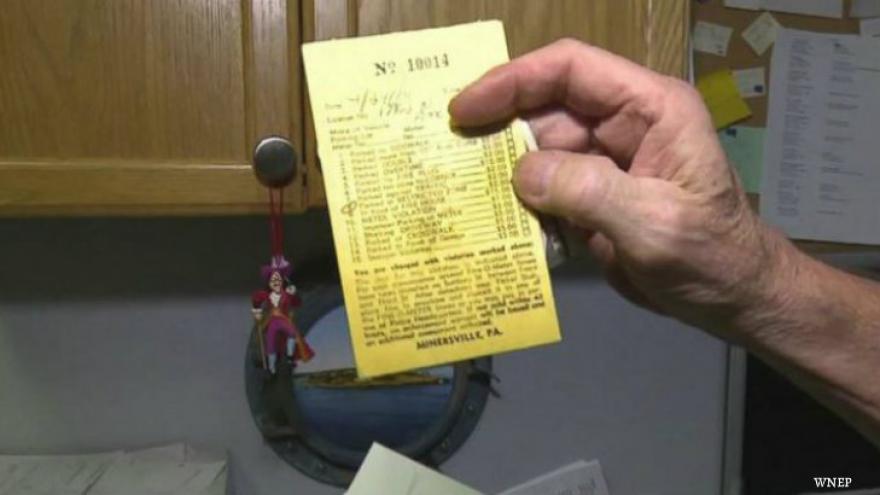 (CNN) -- A police chief in Pennsylvania says he wants to track down the person who mailed in a payment for a 44-year-old parking ticket -- just to say "thank you."

The mysterious envelope arrived last week in Minersville, west of Allentown, with a 1974 parking ticket and a $5 bill, CNN affiliate WNEP reported.

"It's addressed, of course, to the police department, with the return address of, "Feeling guilty, Wayward Road, Anytown," Police Chief Michael Combs said.

The parking ticket and payment were accompanied by a note that said: "Dear PD, I've been carrying this ticket around for 40 plus years. Always intending to pay. Forgive me if I don't give you my info. With respect, Dave."

The ticket had a $2 fine, so the Minersville Police Department made a $3 profit. Current parking tickets in the town cost $20.

The ticket was written for a car with an Ohio license plate and technology in 1974 could not track down out-of-state licenses, Chief Combs told WNEP.

Combs did not say how much 44 years of penalties would cost, but he used the occasion to remind people to pay up.

"We do appreciate that this individual paid their ticket, and again, we encourage other individuals, if you have an outstanding ticket, please pay them," he said.