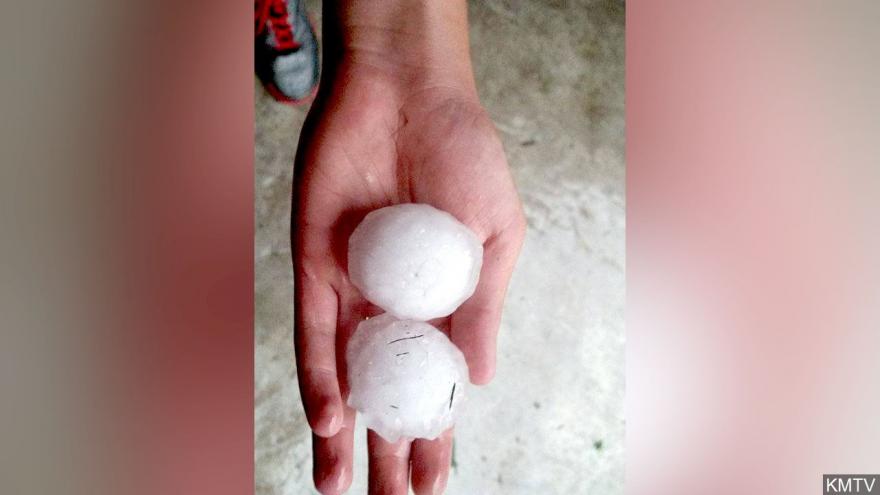 (CNN) -- Chunks of hail the size of golf balls rained havoc on a Colorado zoo on Monday, shattering windows, damaging cars and sending animals and humans running for cover.

The massive hailstorm damaged buildings and animals habitats at Cheyenne Mountain Zoo in Colorado Springs. The zoo will be closed Tuesday while it assesses the damage, marketing director Jenny Koch said.

Five injured people were taken to a hospital and nine more were treated on the scene and released, said Brian Vaughan, public information officer and fire captain for Colorado Springs Fire Department.

A 13-year-old caped vulture named Motswari was killed in the storm along with a 4-year-old Muscovy duck known as Daisy, Koch said. A third animal -- a vulture -- was initially reported dead, but later turned out to be severely injured.

Animals and humans scrambled for cover from the sudden barrage, visitor Jesse Barkalow said. He shot video on his phone of bears running around rocks in an enclosure as the pellets of frozen rain pummeled them.

"The bears were running around and there was no cover available for them," he said.

The massive hailstorm shattered car windows in the parking lot and dented vehicles. Visitor Sherri Wullschleger said the hail smashed the front window of her car, knocked off the side mirrors and obliterated the sunroof.

Wullschleger was inside a building with a skylight during the storm, she said. The hail crashed through the glass and fell into the animal enclosures, she said. "It was very scary."

In addition to the five people who were taken to the hospital, many more guests and staff members suffered minor injuries, Koch said.

"We're still trying to figure out the extent of the damage and what needs to be done to reopen," she said.

CORRECTION: This story has been updated to correct the spelling of Jenny Koch.