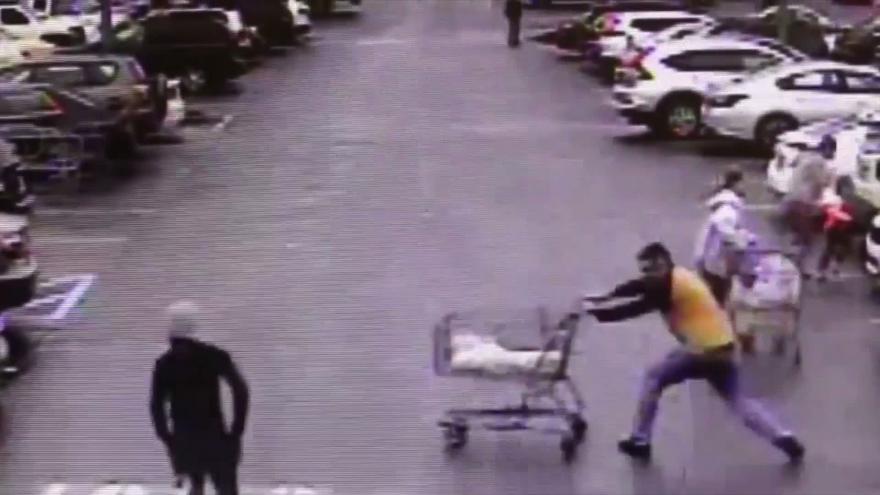 (CNN) -- Not all heroes wear capes, but they may push shopping carts.

Stunning video from police in Peachtree City, Georgia, shows an unknown man heroically pushing his shopping cart in the path of a suspected thief on the run. Peachtree City is about 32 miles southwest of Atlanta.

It all began January 18 when Peachtree City Police responded to a Home Depot after reports of two men attempting to shoplift, Sgt. Chris Hyatt tells CNN.

When officers approached the two men in the parking lot, they fled on foot. That's when the unknown hero saw the chase coming toward him, and he activated his shopping cart to thwart the getaway, Hyatt said.

Police were able to catch up with one of the suspects who was hit by the cart and arrest him. He was found with "small ticket items," Hyatt said, and was charged with felony theft and misdemeanor obstruction of justice. The other suspect escaped with stolen power tools in an unknown vehicle, Hyatt said.