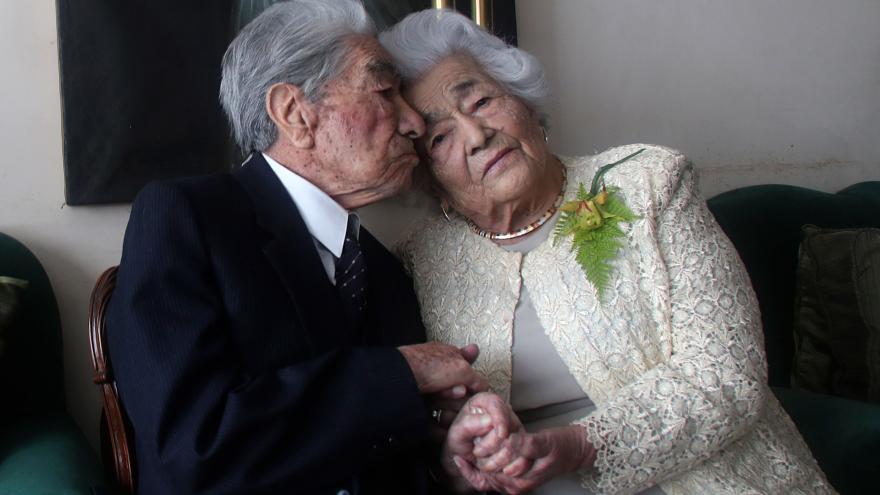 (CNN) -- Julio Ceasar Mora and his wife Waldramina Maclovia Quinteros have been married for 79 years, and their relationship isn't the only thing with longevity.

He's 110 years old and she'll turn 105 in October, making them the oldest married couple in the world with a combined age of 214 years and 358 days.

Guinness World Records has certified the record and says they are also the world's oldest living married couple.

They met during a school vacation because her sister was married to his cousin, according a statement from Guinness World Records.

After seven years of friendship, they got married on February 7, 1941. It was an intimate and secret ceremony with their godparents and close friends because their families didn't approve of the marriage.

Mora and Quinteros said their relatives didn't get along at first, but they were able to bring them together over the years.

"Family unity under the rules of love, mutual respect, honest work, and proper education based on family values are the keys to healthy coexistence," the couple said in the statement.

Aura Cecilia, one of their daughters, said that her parents enjoy going to the movies and the theater together, gardening and having big dinners with family and friends.

They haven't been able to have get-togethers lately because of the Covid-19 pandemic, so they are looking forward to being reunited with their family and loved ones.