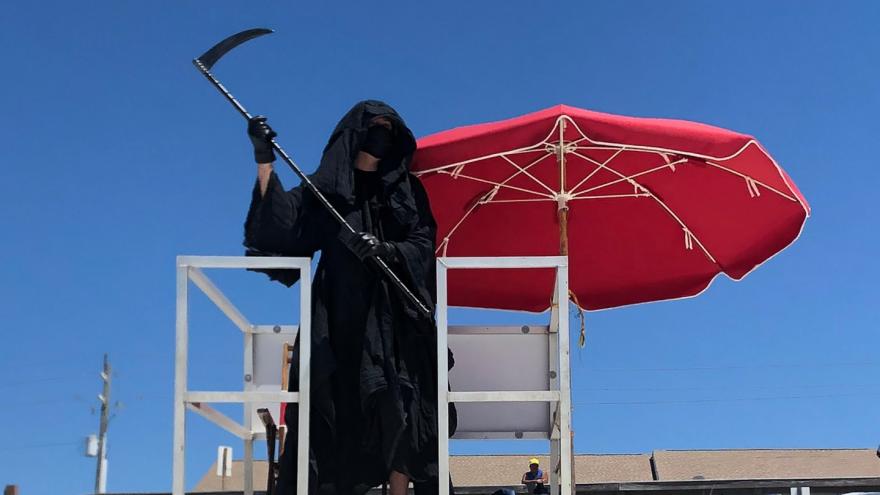 Daniel Uhlfelder, a Florida lawyer, is haunting Florida beaches dressed as the Grim Reaper to protest their reopening, which he believes is premature 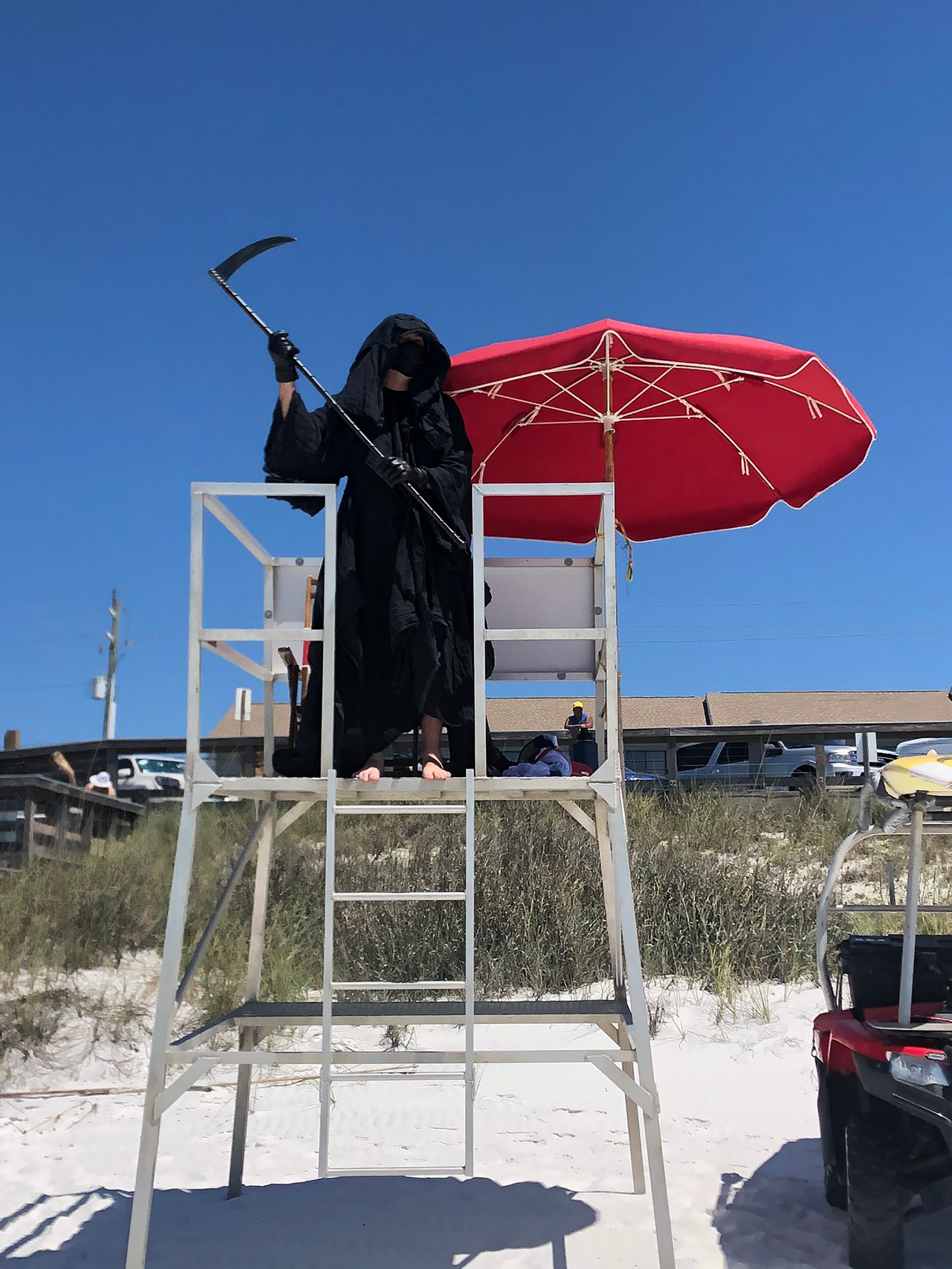 (CNN) -- Most Floridians hitting the newly reopened beaches are trading stay-at-home sweatpants for shorts and swimsuits.

But when he heads out, Daniel Uhlfelder dons a raggedy black robe, conceals his face with a black cloth and wields his scythe.

Uhlfelder, an attorney, is haunting Florida beaches dressed as the Grim Reaper to protest their reopening, which he believes is premature.

It's a macabre plea to beachgoers to stay home.

Uhlfelder is a staunch advocate for public beach access in the state, even butting heads with former Arkansas Gov. Mike Huckabee, whose Florida Panhandle home is parked on a private beach. But allowing anyone on the beach during the pandemic is a mistake, he said -- one that could endanger the community.

"We aren't at the point now where we have enough testing, enough data, enough preparation for what's going to be coming to our state from all over the world from this pandemic," the lawyer told CNN.

Scythe in hand, he traveled to beaches around Walton County, Florida, that have reopened ahead of the state's planned May 4 reopening. "Phase One" of the reopening will allow restaurants and retailers to open at 25% capacity. Bars, salons and gyms will stay closed for now.

The beaches he visited Friday were "very crowded," he said.

"I know how beautiful and attractive our beaches are. But if we don't take measures to control things, this virus is going to get really, really out of control," he warned.

It's also an effort to donate to the campaigns of Democratic candidates: Phil Ehr, running against incumbent Florida Rep. Matt Gaetz, who wore a gas mask on the House floor during the vote on the coronavirus stimulus package; and Christy Smith, who's running for former Rep. Katie Hill's seat in California.

Uhlfelder, after Huckabee filed a bar complaint against him, recently founded the Make My Day PAC, dedicated to supporting the opposing candidates of conservative political leaders.

There are at least 34,728 cases in the state of Florida, with 1,314 recorded deaths, according to Johns Hopkins University.

Florida Gov. Ron DeSantis has defended the opening of beaches in the state, and on Friday, announced state parks would open next week.

DeSantis cited a Department of Homeland Security study that, according to the governor, shows sunlight, heat and humidity kills Covid-19.

The study came under increased scrutiny after President Donald Trump suggested last week during a press briefing that the virus could be treated with sunlight, as well as whether disinfectants could be used to treat the virus in humans.

There is no written report as yet, although the results are being submitted for peer review and publication in scientific journals, a DHS spokesperson told CNN.