A major settlement in the Flint water crisis could be announced this week, multiple reports say 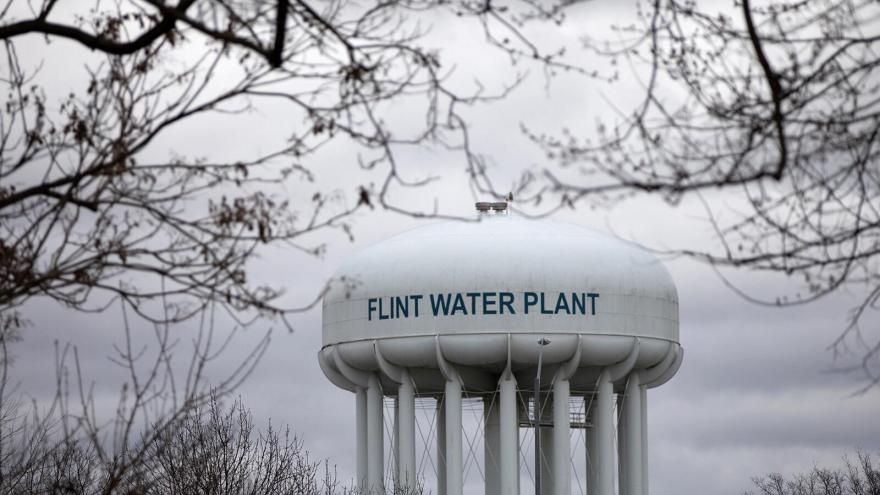 The Flint Water Plant tower stands in Flint, Michigan on April 13, 2020. On Monday, Covid-19 cases reached 25,635 in Michigan, according to data from the state health department.

(CNN) -- Michigan officials are expected to announce a major settlement in the Flint water crisis as early as this week, according to multiple reports, including from The New York Times and news outlets in the state.

The settlement of civil litigation stemming from Flint's water lead contamination could reach as high as $600 million, The Times reported, quoting sources with knowledge of the matter. Other details will still have to be worked out, due to the large number of cases and defendants, the Detroit Free Press reported.

The Michigan attorney general's office wouldn't confirm or deny this week to CNN the reports of a settlement, saying it and the governor's office have been involved in an "ongoing collaborative mediation effort" in the cases for more than a year.

"We and the other parties are bound by a federal court order to maintain the confidentiality of detailed settlement and mediation communications until we reach a certain point," Michigan attorney general spokesman Ryan Jarvi told CNN. "We have not yet reached the point where we can discuss a potential settlement."

Residents in Flint raised concern about the water more than half a decade ago, often foisting jugs with discolored water at local leaders. In 2015, the Environmental Protection Agency said it had found dangerous levels of lead -- which can affect the heart, kidneys and nerves -- in the water flowing into residents' homes.

Dozens of lawsuits, including class-action cases, filed against Michigan and the city of Flint followed. Many cases emphasize the youngest victims -- the children whose exposure to lead and toxins could lead to neurological disorders and learning disabilities, among other conditions.

The Supreme Court this year said it wouldn't block a lawsuit by Flint residents seeking to hold city officials accountable. Lawyers for the city had asked justices to step in, saying their clients had immunity from such lawsuits. A previous ruling from a federal appeals court also sided with the residents.

"Knowing the Flint River water was unsafe for public use, distributing it without taking steps to counter its problems, and assuring the public in the meantime that it was safe is conduct that would alert a reasonable person to the likelihood of personal liability," the 6th US Circuit Court of Appeals held.