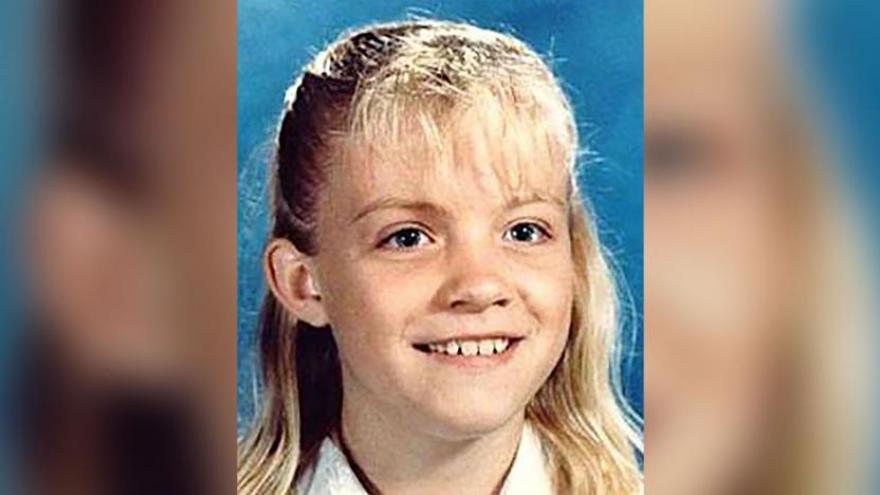 (CNN) -- A man who has been in prison since 1989 has been charged with kidnapping and killing a 9-year-old girl who disappeared from a California neighborhood market in 1988.

David Misch, 59, who is serving a sentence for an unrelated murder conviction, was charged Monday by Alameda County District Attorney Nancy O'Malley in the disappearance of Michaela Garecht. He will be arraigned Tuesday, a news release from the DA's office said.

"The kidnap and murder of a child is horrific. The pain to the family and friends is indescribable, especially when their child is not found," O'Malley said in the release. "This crime shocked not just the local community, but the entire Bay Area and the nation.

"I hope that today's action and announcement will provide some comfort to Michaela's family in knowing that justice will prevail, even after 32 years since this horrible crime."

Fingerprints were found on her scooter

Michaela was riding her scooter with a friend and went into the Rainbow Grocery in Hayward to buy some snacks on the Saturday morning before Thanksgiving in 1988. The girls left their scooters outside and when they returned, one of the scooters had been moved behind a car. Michaela went to retrieve it but was grabbed by the driver of the car and forced into the vehicle, the release said.

Michaela has not been seen since, and her remains were never found.

Investigators found a fingerprint on Michaela's scooter. Thirty years later, they took another look at the evidence in the case. Their fingerprint examiner allegedly linked Misch's fingerprint to the one on the scooter, according to the release.

Witnesses allegedly placed Misch in the area at the time of the kidnapping, the release said.

Hayward Police Chief Toney Chaplin said Michaela's disappearance is a tragic story that has gripped the Bay Area for more than three decades.

"As police chief, I want to thank the men and women of this department who worked this case and always kept its resolution a priority," Chaplin said during a news conference Monday. "We hope this announcement will bring Michaela's family closer to the peace they deserve for so many years."

Chaplin said the investigation is ongoing, and they are still determined to locate the child's remains.

"It's bittersweet," he said. "You always hope these things turn out differently than they do. But for the family, I think this is a point of closure for them."

O'Malley announced at the same news conference that prosecutors are alleging two special circumstances: Michaela was killed in the course of a kidnapping and Misch has been convicted of a previous murder.

According to O'Malley, Misch has also been convicted of two prior felonies, assault with a deadly weapon in 1982 and commercial burglary just two months before Michaela's kidnapping.

Michaela's mother, Sharon Murch, spoke to CNN in 2013 after three abducted women were found in the Cleveland home of Ariel Castro. She said at the time she was hopeful that Michaela was still alive.

"It's always there. It's a big hole in the center of my life," Murch said of her daughter's disappearance. "It's impossible to get away from it."

She started a blog on her daughter's case and tied yellow ribbons on the tree outside the corner store where Michaela was taken.

But Monday her worst fears were confirmed.

"In the last year, I had to come to a place of accepting that Michaela was probably no longer alive. ... What I did not envision was my daughter as a dead child," Murch said in a statement read by Chief Chaplin during Monday's news conference.

"I ask that you please don't forget her now. She is no longer a case, but she is what she's always been, and that is a bright and shining light. And in her absence from this earth, it is up to us to find a way to carry her life forward."