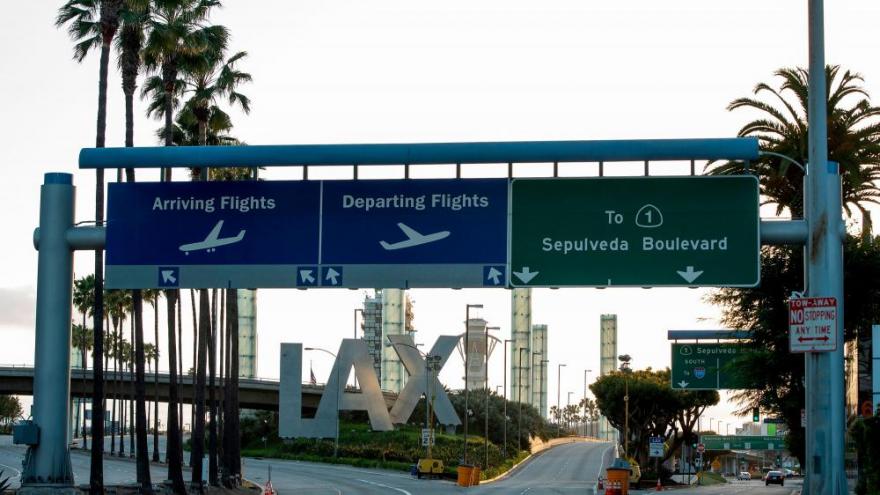 A second sighting of a man flying near LAX using a jetpack was reported Wednesday.

(CNN) -- An unidentified man was seen flying in a jetpack near the Los Angeles International Airport ... again.

The man was spotted by a flight crew around 1:45 p.m. Wednesday, the Federal Aviation Administration confirmed to CNN.

"A China Airlines crew reported seeing what appeared to be someone in a jet pack at an approximate altitude of 6,000 feet, about seven miles northwest of Los Angeles International Airport," the FAA said in a statement.

The FAA said it alerted local law enforcement agencies and are investigating the report.

Similar sightings of a man in a jetpack near LAX were reported to the FAA in September.

An American Airlines flight was the first to report a "guy in a jetpack" at the plane's' altitude of 3,000 feet above Los Angeles International Airport on September 1. The aircraft's crew said that the man was approximately 30 yards away from the aircraft. About 10 minutes later, another plane spotted the man.

The FBI is investigating the incidents.

"The FBI is in contact with the FAA and is investigating multiple reports of what, according to witnesses, appeared to be an individual in a jetpack near LAX, including one today reported by a China Airlines crew," FBI Los Angeles Field Office spokeswoman Laura Eimiller said Wednesday.

CNN has reached out to LAX for comment. There are no additional details at this time.

After the plane acknowledged the instruction, the controller concluded with: "Only in LA."